The angel from the train 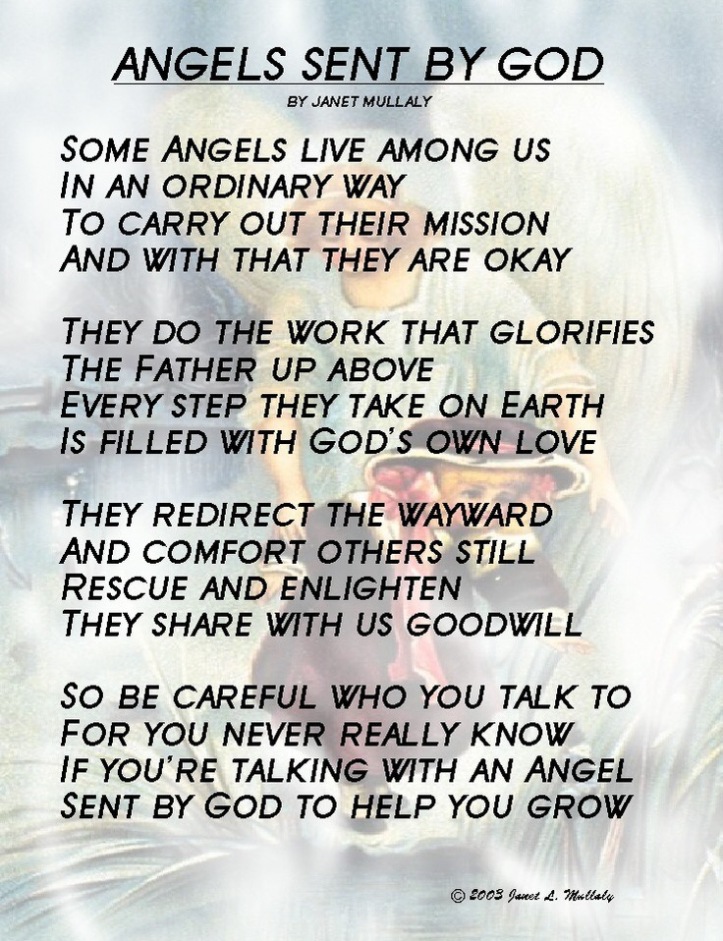 I got on a train to Dusseldorf (Germany) together with few other colleagues heading to the city center when an unpredictable encounter changed my entire perspective about the day ahead and the life in general.

A man with poor appearance, a homless or a begger (judging by his clothes) jumped inside of the compartment right before the doors were closed for departure. He sat on the seat  beside us, setting up his muzical instrument and singing with a passion hard to describe. He wasn’t singing for money neither for audience…he was singing for himself.

​
First the travelers seemed to ignore him but with every station they became more interested and intrigued by the man singing on the train. After he finished his first performance me and my colleagues were clapping, truly impressed by his talent.

The man was so happy that someone is appreciating his work and he decided to engage us in a conversation. Our effort to pick up some german words was in vain and we tried to end the conversation: “Sorry, only english”. Then unexpectedly, the man start talking in english, not a perfect one but better than what a regular italian or german might be able to express. He shared with us the story of his life and when I realized that emotions are taking over and is hard for him to relate in english, I shifted the conversation to Italian which seemed to be his mother tongue.

Most of us tend to believe that people with a lower social background are ignorant or just not worth listened to because if they couldn’t  sort out their own life how could they be meaningful for my own? You would be surprise to find out that this man and other million like him are capable of deep thoughts, have strong beliefs and once…they were like us…they were part of the society.

I dont know this man real name, he calls himself Angelo fortunato (lucky angel) but the way he oppend his soul for me in 20 minutes ride made me fell that I knew him all along.

Angelo’s mom died when he was just a child, hit by a car while his father took his last breath in his arms, slain by a cruel disease. With all those he didn’t lose his faith and even though there were moments in his life when he would just give up on suffering he decided to go on. “And if I would ever decide to take my life, would I be hanging a bomb from my neck and take you and all those innocent people with me? Would it be fair in the eyes of God to punish you for my sins?”

The batery of his instrument is over and while trying to warm it up in his palms he is starting a new life story, every time wrapping up with a piece of advise. “And when my batteries are over you know how I sort this out? I just flip my hat and people who likes my song will help me buy new ones”.

​
I am just listening in silence, stunned by the beautiful songs composed by himself , some of them ages ago. I dont know what made him end up on the streets of a German city but I do know that once Angelo was a handsome italian man, walking on his arms a beautiful lady on the streets of Torino, he was a son, he was a father, he was a complete artist.

I wasn’t feeling well that day, my heart was teared apart and my life seemed to have no meaning. “Stop looking for the right man because you will never find him. The right man will come and find you, listen to me Michela, never put yourself below a man, because men are assholes, they will take what they need and they will leave you without looking back”.

What surprised me the most was that he never asked for money or contribution of any sort. We crossed paths, learned a lesson and continued our journey throughout the life.

Be mindful with who you talk because they might be angels send by God.

If you are curious about Angelo fortunato you can find few of his street performance on youtube.