Fusion of colors in little India

I am back to Singapore, my favorite country of Asia ready to explore the fusions of colors and flavors in the controversial indian neighborhood. 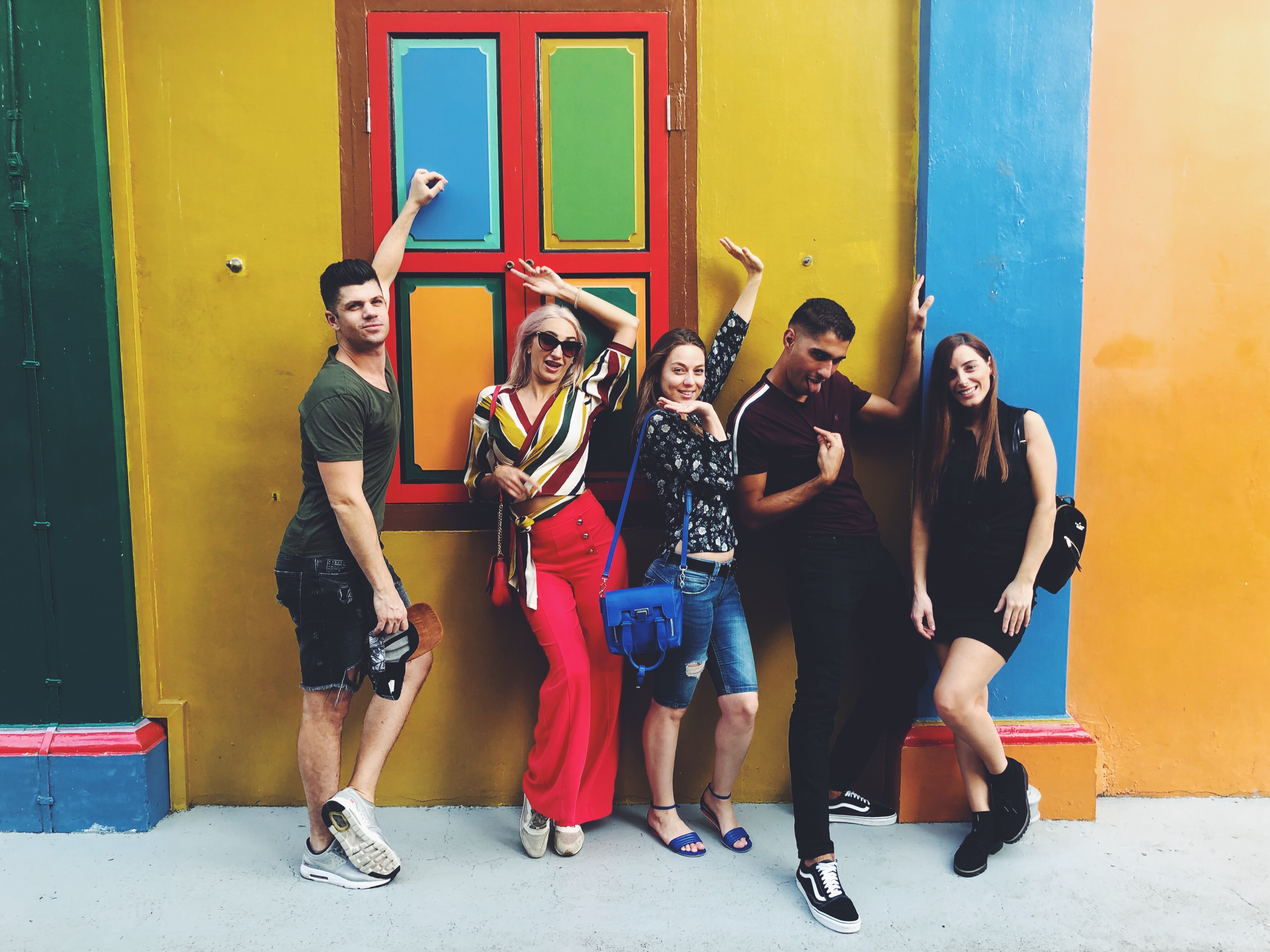 Chewing gum! No, thanks

What makes Singapore so special and different than any other place it’s the mixture of nations and cultures which live peacefully together under the same sky. Arabs, Chinese, Indians, Singaporean or Western population are well welcomed to practice their costumes and religion as long as they follow a basic set of rules and are ready to give up on chewing gum.

Yes you got that right! Singapore government its very strict when it comes to gum not only as it is considered as a bad habit but also for the high cost that is required to remove the sticky gum from the floor.

I arrived to Little India by taxi, together with few of my colleagues and what struck us the most was the stunning resemblance of this little neighbourhood with the actual country of India but so much cleaner. 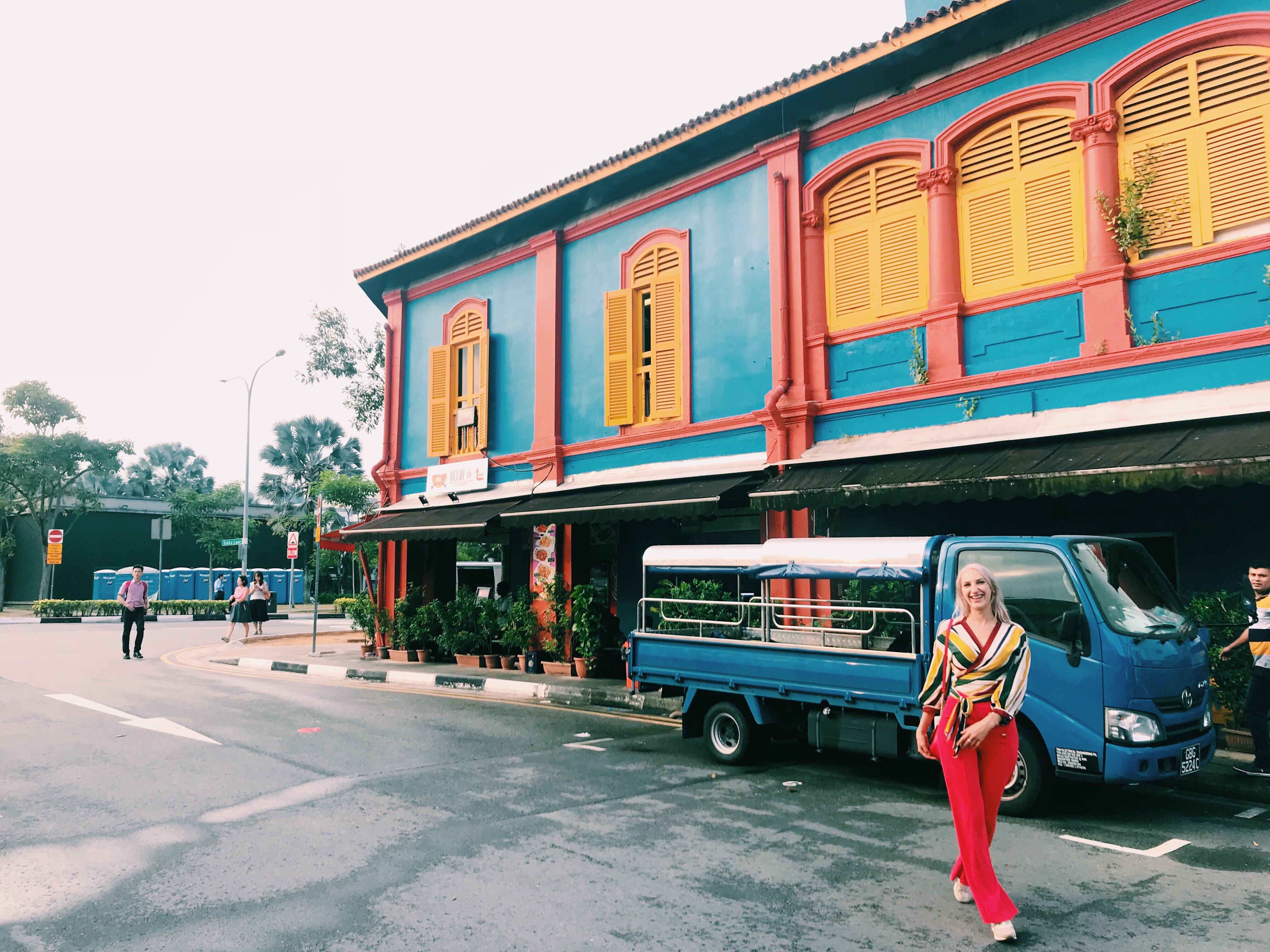 Those beautiful necklaces are actually prayer beads made out of a seed called Rudraksha which has a highly importance in Hinduism, being associated with the Lord Shiva and it’s commonly worn for protection and chanting mantras by the believers.

I didn’t want to leave this place empty handed but I couldn’t hide my surprise when the shop seller charged me 50 Singaporean dollars in exchange of a rudraksha string. I politely denied the offer choosing the tiniest of them all for only 10$. Done deal!

The house of fame

We are looking for a specific building, one that makes this place so well known for the foreigners and a hot spot for the instagram lovers. The locals seem to have no idea about it, even though I am pretty sure they are passing next by it daily without even notice the beautiful mixture of colors that it’s so common inside of indian world. 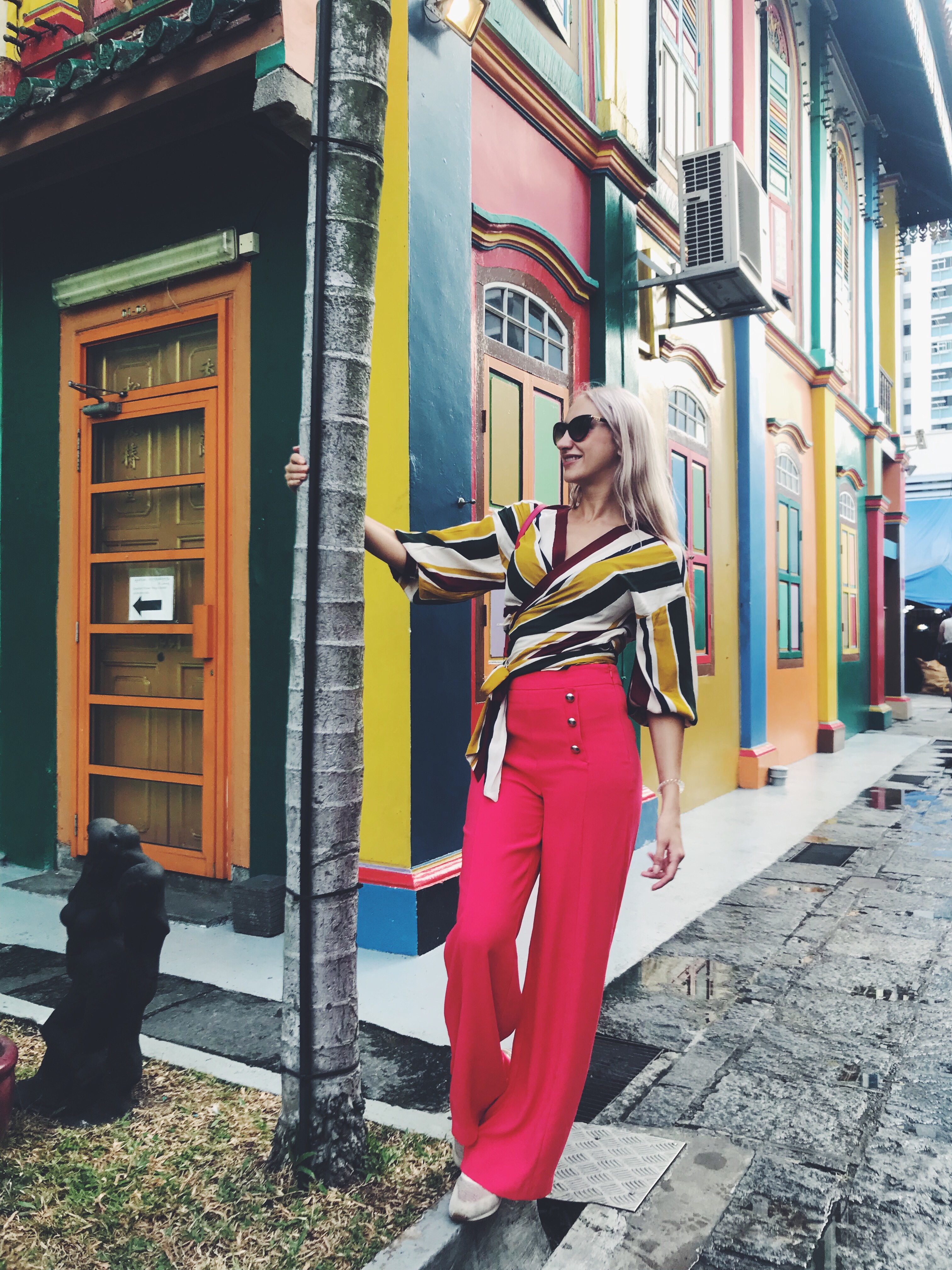 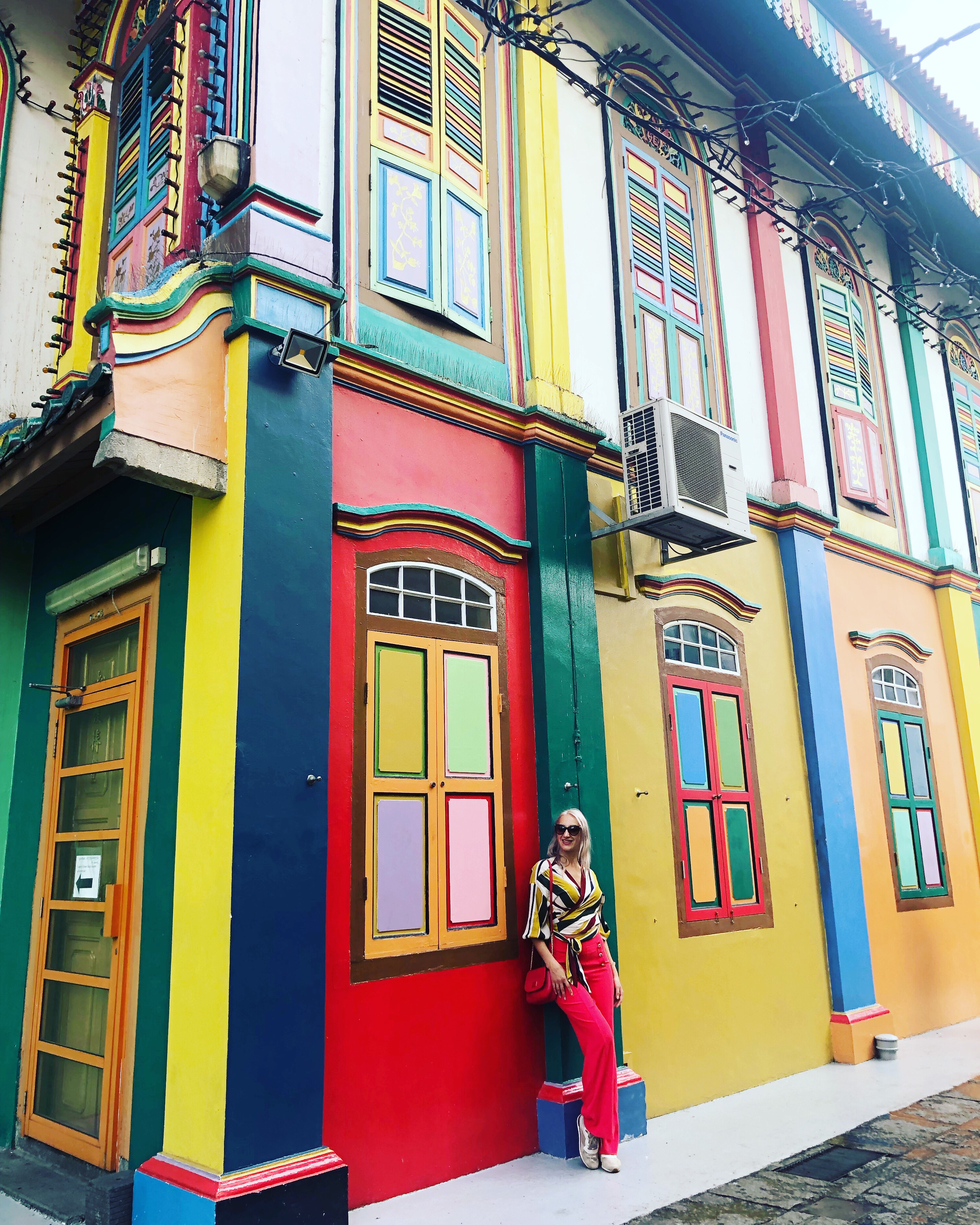 Apparently the beautiful house is not just a landmark for seekers of fame but it has some historical background as well being the former residence of Tan Teng Niah, a prominent Chinese businessman which used to dry rubber under its roof.

Oriental vibes are emanating from each corner of the street: indian songs playing out loud, the smell of Biryani and other subcontinental dishes, a Hindu prayer reminding the believers that it’s time to turn their head towards the Gods and holy cows guarding over the entire neighborhood.

The cow is considered a sacred animal in India and worshiped by the Hindu believers as it sustains life by providing milk. Hinduism it’s not the only religion of the Indian continent, however its the most predominant with almost 80% followers out of total population. 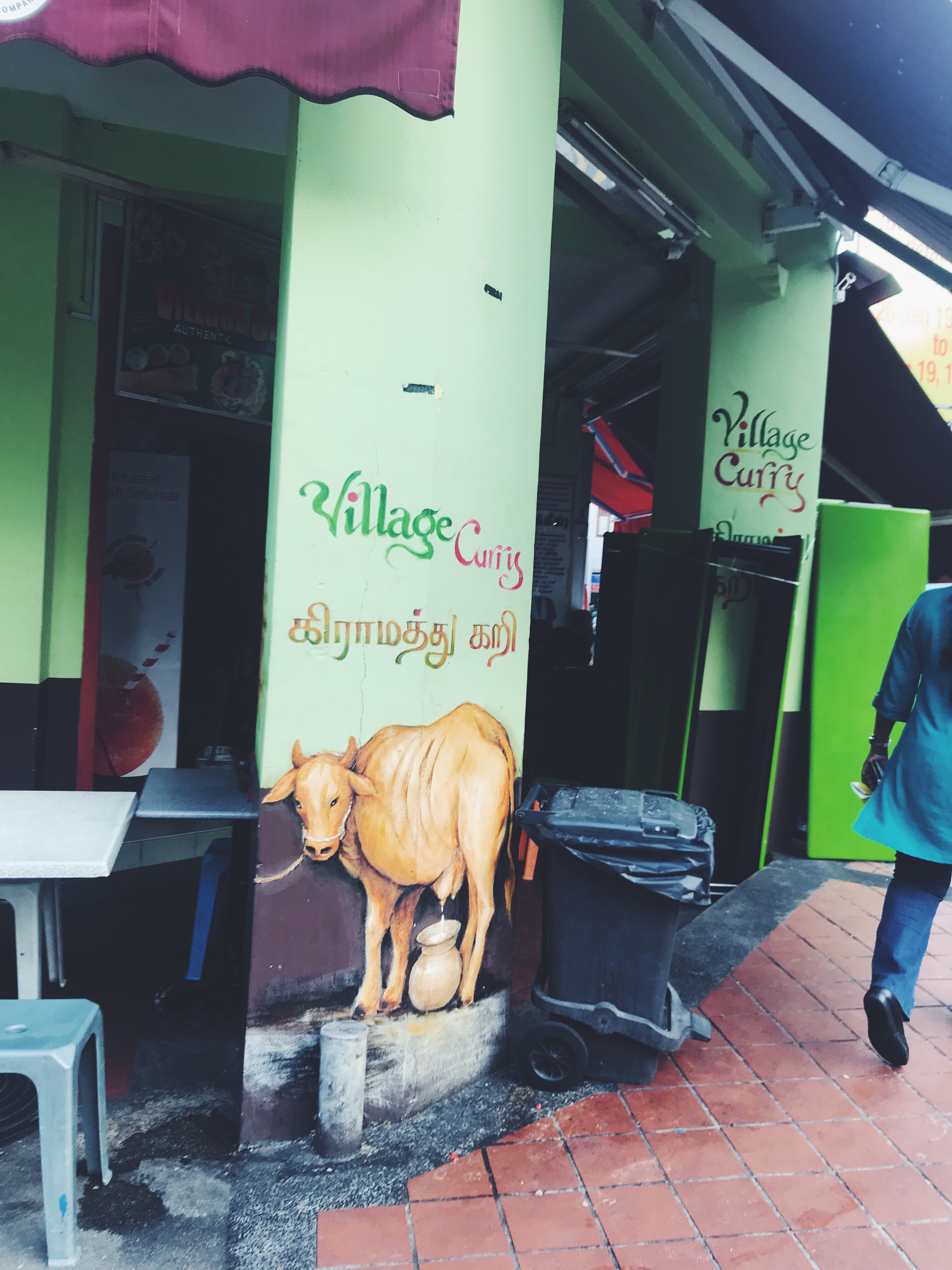 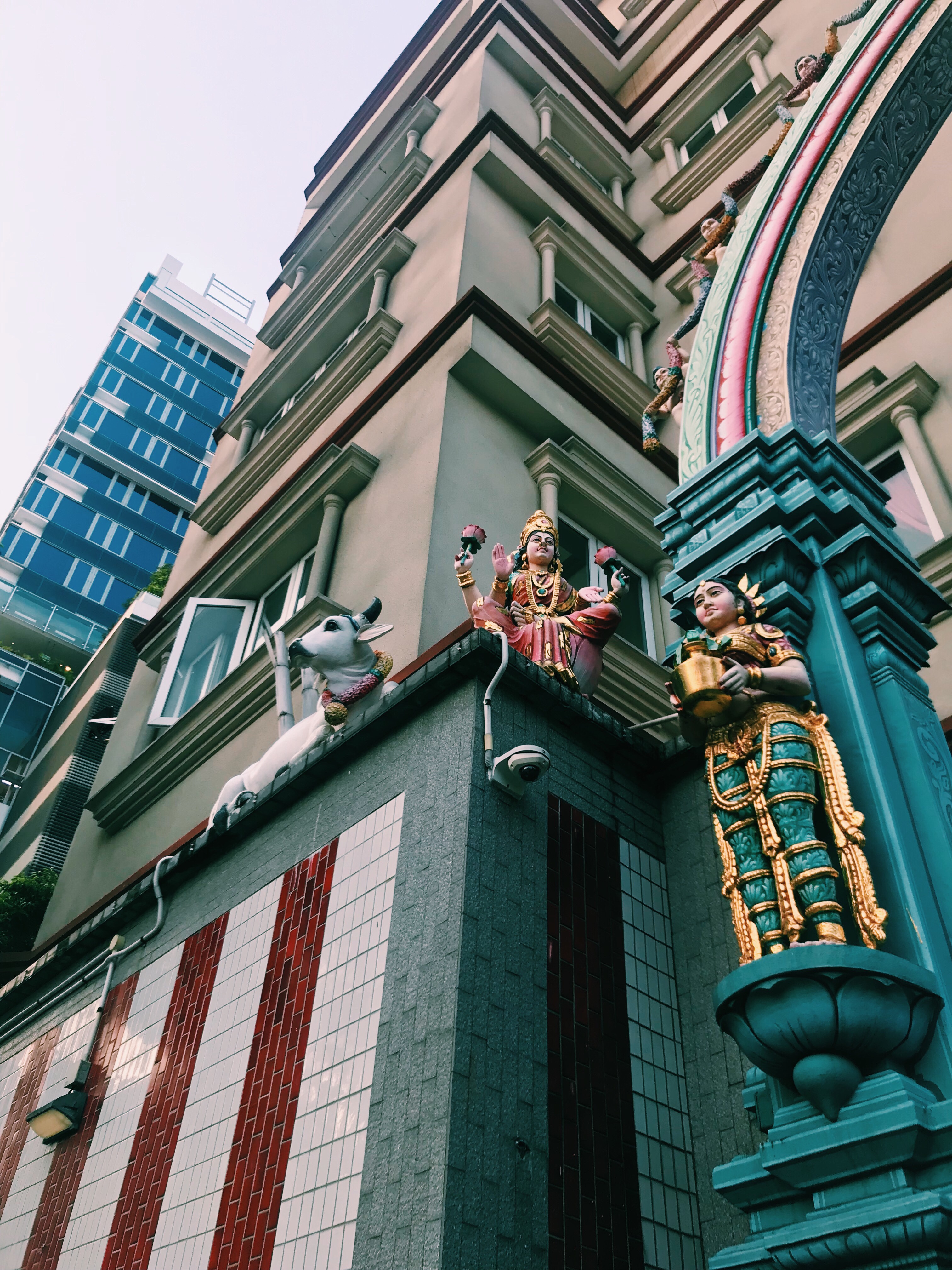 If you haven’t travel to Singapore yet but you are curious to discover more of its cultural treasures, you can find below my travel story about the Arab population which resides in this beautiful, welcoming country.

Arab heritage in the heart of Singapore

Let me know which neighborhood is your favorite!