Bangkok, the magical land of unicorns

In the last few years, the mystical creature became a symbol of beauty, happiness and perfection. But are the unicorns real or a pure invention of the social media made to promote a glamorous lifestyle? 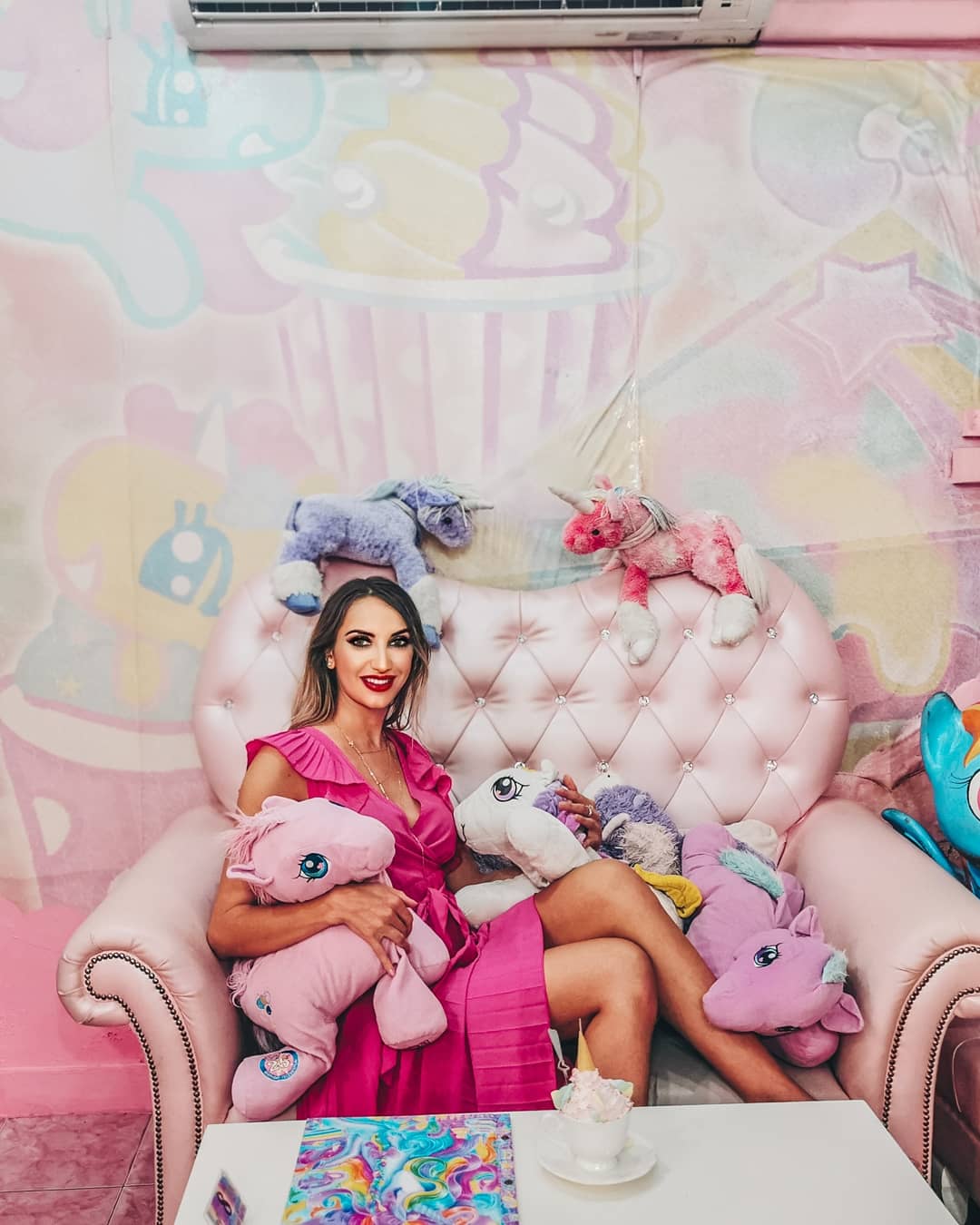 In fact, unicorns are legendary creatures mentioned since the antiquity symbolizing purity and grace which could be captured only by a virgin.

Nowadays, virgin or not we are all dying to discover the magical land where the unicorns are real and the dreams comes true.

Right in the center of the Thai capital, Bangkok, stand not one but two beautiful decorated coffee shops entirely dedicated to the unicorns lovers and undoubtedly the most instagrammed spot in the city.

The unicorn cafe was on my list since long time and even though I was deadly tired after a 7h flight from Abu dhabi I decided not to miss the opportunity and pay a visit to this famous cafe in my short layover.

How to find it

You will be surprised to find out that locals have no clue about this place and the best way to find the coffee shop is definitely by taxi or tuc-tuc (if you are looking for a real thai experience around the city). Don’t forget to set up you offline map to make sure the driver is on the correct path to Silom area.

I arrived there late in the evening, almost by the closing time (the cafe is opened daily from 12-8 pm, except Mondays) and I was thrilled to discover a dream like universe where sparkles, rainbows and unicorns are not missing, in contrast with the dark night that had settled over the city.

There are two unicorn cafes at few meters distance

Surprisingly me and my coworker were the only two custumers at that time and even though we found it weird, there was no reason to complain…we had the whole playground for ourselves.

The staff seemed a bit weird that day and had nothing of the Thai hospitality that I was so used to, probably tired of the crowd which step in every day, however they could have faked a smile.

They handed us over a menu and even though we were starving we weren’t convinced to try any of the colorful dishes displayed in the pictures. We ordered instead a cup of cocoa beautifully decorated (100 THB), perfectly matching my hand bag that I was wearing special for this occasion. We shoot few pictures in the heavenly location but something was missing and we couldn’t figure out what until later on. We skipped the step of wearing an unicorn costume, mostly due to the unfriendly attitude of the waiters (but if you decide to rent one it will cost you just 100 THB) and we jumped back in the taxi, content enough with the whole experience but not eager to return too soon.

What we didn’t know is that a second Unicorn cafe newly opened, more glamorous and more animated is located right on the other corner of the building. Well… one more thing on my list for the next visit to Bangkok.

Do you believe in magic? Let me know your thoughts.