Dracula, between mith and reality

I am romanian, Dracula descendent

As scary as this might sound, I dont sleep in a coffin, drink blood or own a pair of bat wings. And neither him.

But the truth is that real Dracula was far more evil than described by any fiction book. 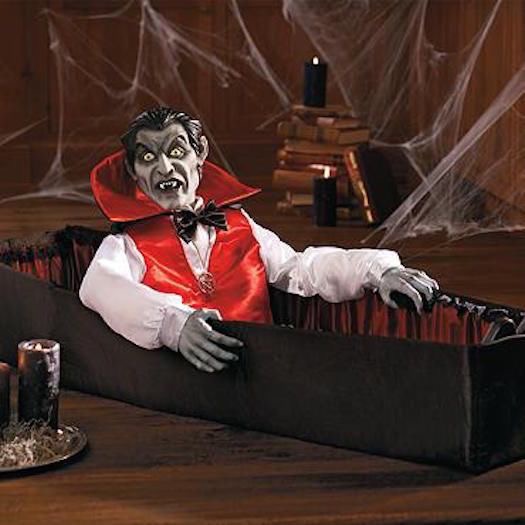 A page of history written with cold blood

I have to admit that I always detested the history classes, finding impossible to memorize all the dates and endless conflicts, reason why I dont intend to bore you with the glorious past of my country but there are some facts worth mentioning for our story.

Lets clarify one thing from the beginning; Vlad the Impaler was borned in 1431 in a beautiful romanian city (Sighisoara), regardless of our hungarian neighbours struggle in claiming the famous land. 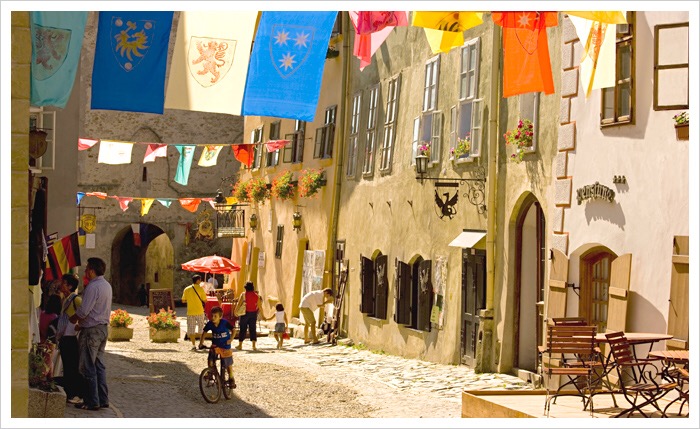 Going on, Vlad Tepes (the historical character of Dracula) developed an affinity for blood and mass killing during his stormy life but he had a strong reason for that: some historians would say protecting his territory using unconventional methods, I would call it REVENGE.

His childhood gets a tumultuous turn, when at 11 years old, together with his brother, Radu the handsome, are given as warrant to the turks, by their own father, Vlad Dracul.

Being millitary trained for 6 years in difficult conditions of Anatolia, the otomans are planing to use them as puppets rulers in their home country to stop the rebellion against the turks and maintain the peace between the two camps.

Betrayed by his brother who converted to islam and became very close with the sultan (apparently having an intimate relationship), Vlad hatred against the Ottoman empire grew day by day. He start learning with perfection the war techniques, methods of execution, using of different arms, waiting for the day when he would put in practice his own revenge.

Vlad won the trust of the ottomans and was sent to rule his home land, Wallachia and in just 3 years he managed to build a powerful army and a feared reputation among his enemies .

Who ever deared to disobey his orders would have suffer radical disciplinary actions: the thiefs wouls be left with no hands, the adulterers killed, the rebels impaled. Wallachia became the land of death surrounded by hundred, sometimes thousands bodies hanged in high pillars and an unbearable  putrefaction smell.

“The legend of the gold goblet”

As sign of endless power, he placed a gold goblet next by a fountain in the center of the capital, Targoviste. Nobody ever dared to steel it even if the country was full of poor people and only few were drinking from it, fearing not to infuriate the terifing ruler. 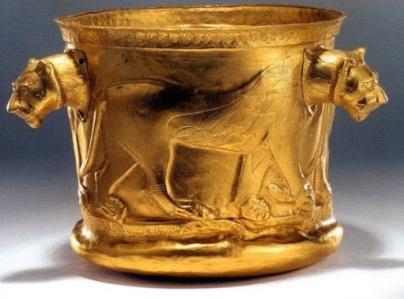 “The sick and homeless considered useless for the country”

In an attempt of “cleaning” the streets of Wallachia he organized a charitable feast inviting all the beggars, homeless and sick people, burning the building from ground to the top while they were inside.

Dracula wasnt sucking blood as the real vampires might do but he found a morbid pleasure in dinning next by the impaled bodies, dipping his bread into buckets of blood drained from the victimes (legend not covered by historical facts). Tepes hospitality was “endless” and if one of his guests would be bothered by the smell or the view, he would end up impaled close to the ceiling where the smell wasnt that strong.

“Increased cruelty during the ottomans attacks”

In a desperate attempt to stop the ottoman army, Dracula burned his own villages, poisoned fountains, and sent contagious sick people inside of the turks camps. And most of the time, he would succeed. More than that he wouldnt accept any disrespectful gesture from his rivals, nailing their heads whenever they would refuse to take off their turbans as reverence.

Vlad the impaler, betrayed by his people, impaled by ottomans

Vlad Tepes death is not less dramatical than his entire life. The turks captured him during a battle, chopped his head off and sent it in a bowel filled with honey directly to the sultan, who hanged it immediately in a pillar, as tribute for the thousands ottomans killed in the same barbarous way. His body, was never found.

Ironically not his cruelty made Dracula so famous but a fictional story wrote by the irish author, Bram Stocker, which I suppose everyone read or at least heard of. Americans retrieve the story and made the mad man more famous than any other ruler in history.

In search of Dracula

Intrigued of the high popularity showed by the foreigners for my country and Dracula’s story, I decided to make a short visit to the Bran castle which might have sheltered the ferocious leader during the 15th century.

The beautiful fortress located on a hill and surrounded by impressive mountains of pine trees, seems to be craved in a massive rock  and veiled in mistery and legends. 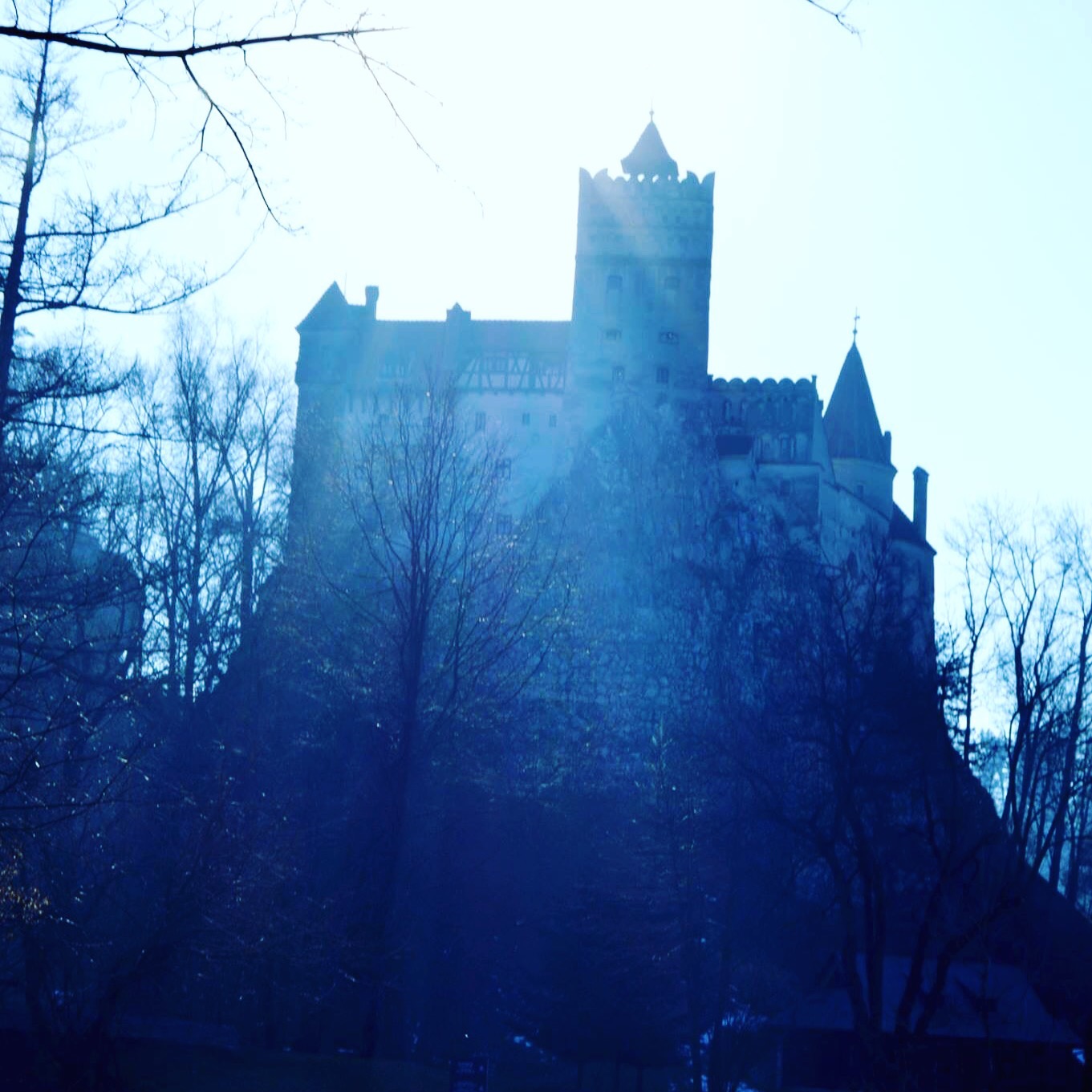 The first thing which capture my attention while I am climbing the meandering path to the castle is a cross inscribed with some undeciphered symbols, probably used to protect the place from malefic forces.

Stepping inside with fear, I am expecting to see a horrifying place of torture and death, windows covered by garlands of garlic, mirrors hidden behind old rags and…the habitual Dracula’s coffin. Instead of this, I find an warm palace with a quite modern design and some groups of tourists talking different languages…all of them in search of the bloody vampire.

The queen who left her heart at Bran castel

The castle has been restored from ground to the top by the Queen Maria, who transformed the old fortress  into the residence of the royal familly. The queen loved this place so much that she never wanted to leave it, her heart being kept in a silver case after her death, offering release for the ones in pain.

Inpatient I am seeking all the rooms, trying to find a trace of the evil Count. Finally an annex of the castle display some informations about the vampires and others imaginary creatures, together with Vlad the Impaler portrait. Not surprising at all, this is the most crowded salon in the whole palace, where hundred people all over the world are searching the adventure promised by the fake advertisements. Creepy shadows on the side walls, old chandeliers with burning candles, evil whispers, there are not such things in here…but you never know what the night might bring.

The historians are denying any connection of Dracula with Bran castle, his residence being certified in the old documents as Poenari citadel, 155 km away from here.

Bran castel, worth visiting even without its famous vampire

Inside of Bran its a whole labirinth of rooms, stairs and hidden passage ways, which connects the floors between each other and were used as emergency escape during wars. One of the chambers is “decorated” with primitive torture machines, the most popular being a chair covered by nails, used as punishment for sorcery. 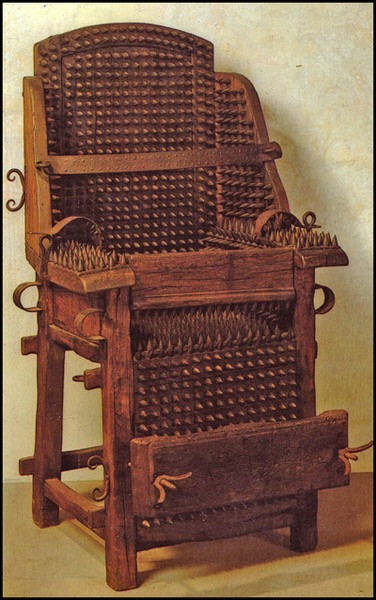 Decided to take a breath of fresh air, I am bending my head down, trying to avoid the low door through the wooden terrace. The landscape is impressive, the massive Bucegi mountains are rising in the distance, caressed by a warm winter sun. 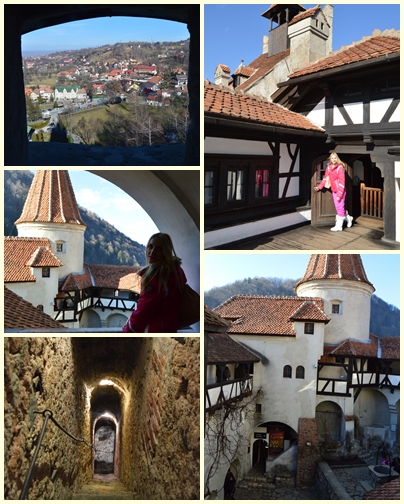 Below the balcony is opening the inner yard with an authentic  medieval aspect and a central fountain which is no longer in use. Few foreigners are gathering outside taking the last pictures and scratching their name in a guest notebook: “I was here, February 2016”. So did I.

Leaving the Bran’s legend behind

Around the fortress, some vendors attract the tourists with different traditional products and handicraft. The street market looks more scarry than the entire palace and its impossible to leave home without the Dracula smilling from a mug or some cute vampires for the fridge. 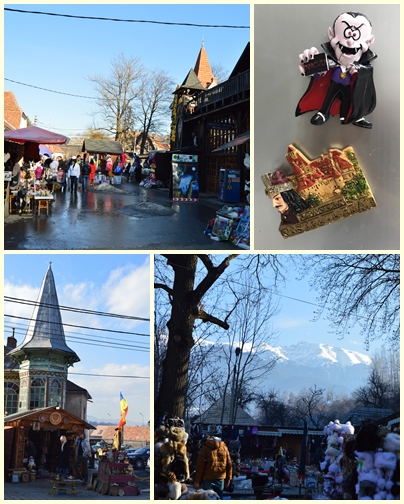 I am leaving Bran happily even if the Count was nowhere to be found, Transilvania has so much more to offer other than a creepy story about a blood thirsty man.

I am heading to Brasov, one of the most beautiful city of Romania, stopping time to time during the 30 minutes drive to admire the beautiful view of my country: mountains, lakes, snow and sun, the nature vibrates together in a perfect harmony, coming back to life after a long snowy winter. 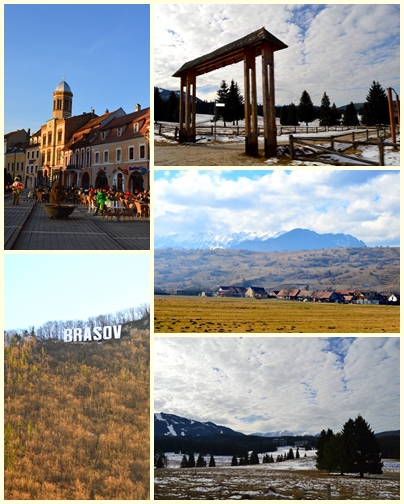 How much I’ve missed all that!!!