Bali, the island of Gods-water temples

Anyone who has been to Bali knows what an incredibly spiritual place it is. I was writing previously about two of the most beautiful temples that I discovered in Bali, the island of Gods but the list can continue indefinitely as there are thousands of Hindu temple all around the island and you can’t leave this place before visiting few of them.

Balinese culture revolves largely around Hinduism religion and this beautiful temple located only 30 minutes away from Ubud it’s a standing proof of the importance that Gods holds in people’s life. Tirta Empul it’s one of the largest water temple in Bali dedicated to Vishnu (the God of water) and its well known for locals and tourists on both sides for its purificationand healing properties.

The main attraction is located outside the temple and consist of two pools fitted with 10 holy showers.I must confess that I didn’t have the chance of passing through all of them nor express my gratitude with faith, nevertheless the experience was meaningful and soul fulfilling. 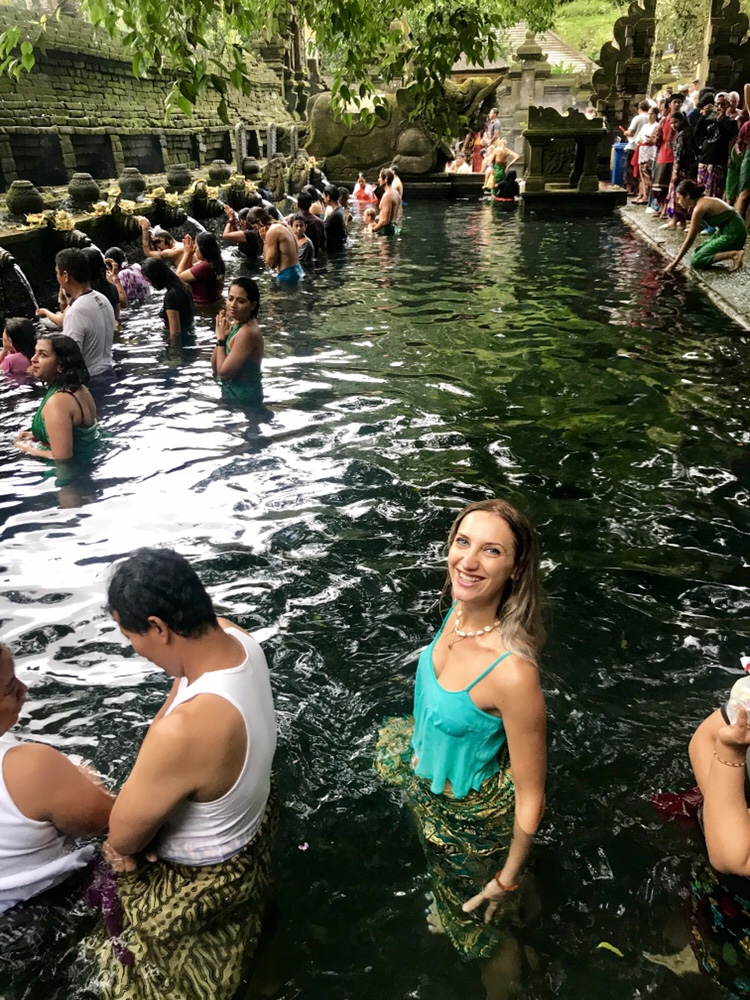 Before entering the temple it’s a must to wear the Sarung (traditional Balinese cloth) and bring offerings to the Gods, even though you might not share the same cultural and religious beliefs.

Former royal palace, this beautiful water garden displays an original architecture with Chinese influences, based on te principles of Balinese cosmology being built on 3 levels: the world of demons (Bhur); the human world (Bwah); and the upper level of gods (Swah).

The water of Tirta Gangga Park has always been regarded as holy and is regularly used for religious temple ceremonies. 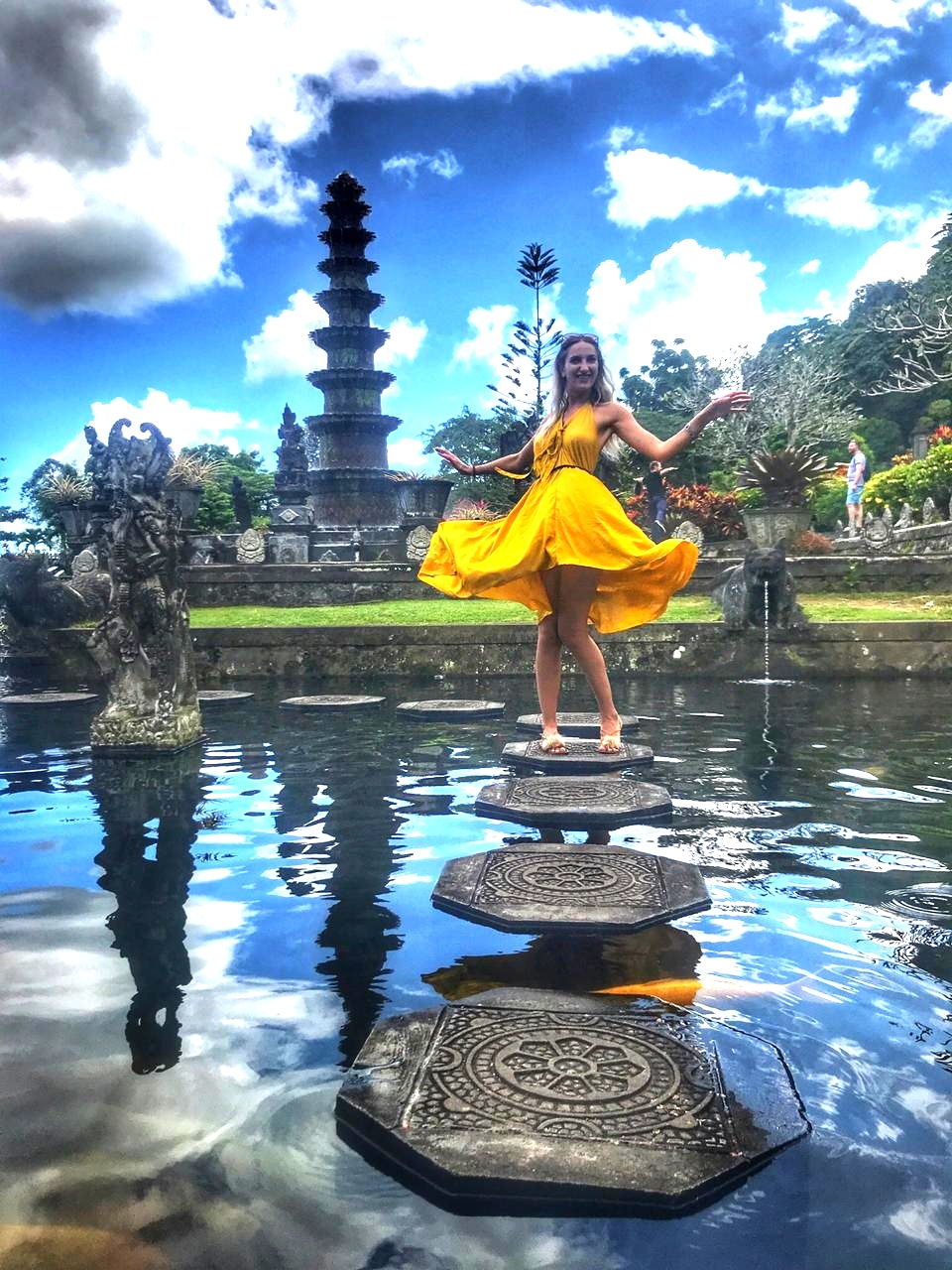 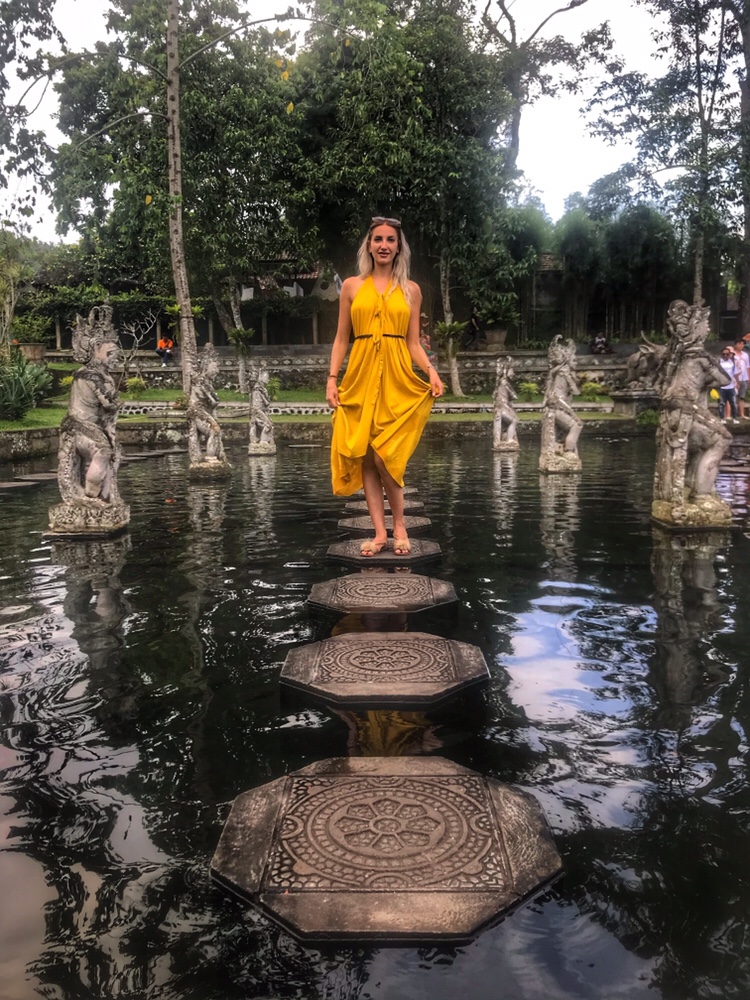 Plenty golden fish are swimming inside of the shallow ponds and feeding them will ensure you a great picture. Walking on the polygonal stones must be difficult as you are never alone and hundred other tourists will force their luck for a picture. 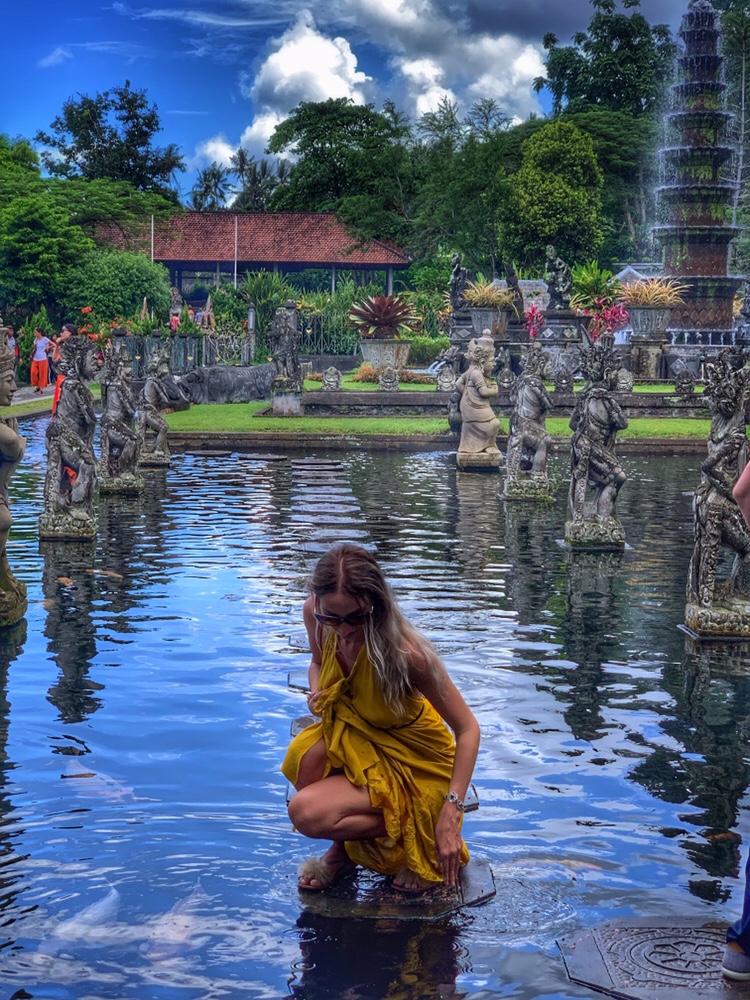 Swimming is strictly prohibited and it includes slipping inside of the pond but the garden is equipped with a proper swimming pool where you can bath like a queen/king for an extra fee.

We leave behind this oasis of tranquility adventuring once again in the traffic jam of the island. Beautiful ornated offering are everywhere even inside of the cars and the horn it’s often used by the Balinese when passing near by a temple in an attempt of protecting the spirits of deads by being crashed on the road. The connection of Balinese with the unseen world is unbelievably strong and even though for modern people might seem hard to understand we own respect for the land we are visiting and acceptance for the locals ancient beliefs.