Getting lost in the underground city of Cappadocia

When you say Cappadocia first things that comes into anyone’s mind are the fascinating valleys of chimneys and the sky speckled with colorful balloons at the sunrise time. What you may not know is that this region doesn’t host marvelous treasures only outside but also deep hidden in the underground.

Beneath the land of living, a masterpiece of sprawling tunnels and cave rooms were carved such as 85 meters deep in the ground being used by the ancient civilizations as place of hiding during foreign invasions. 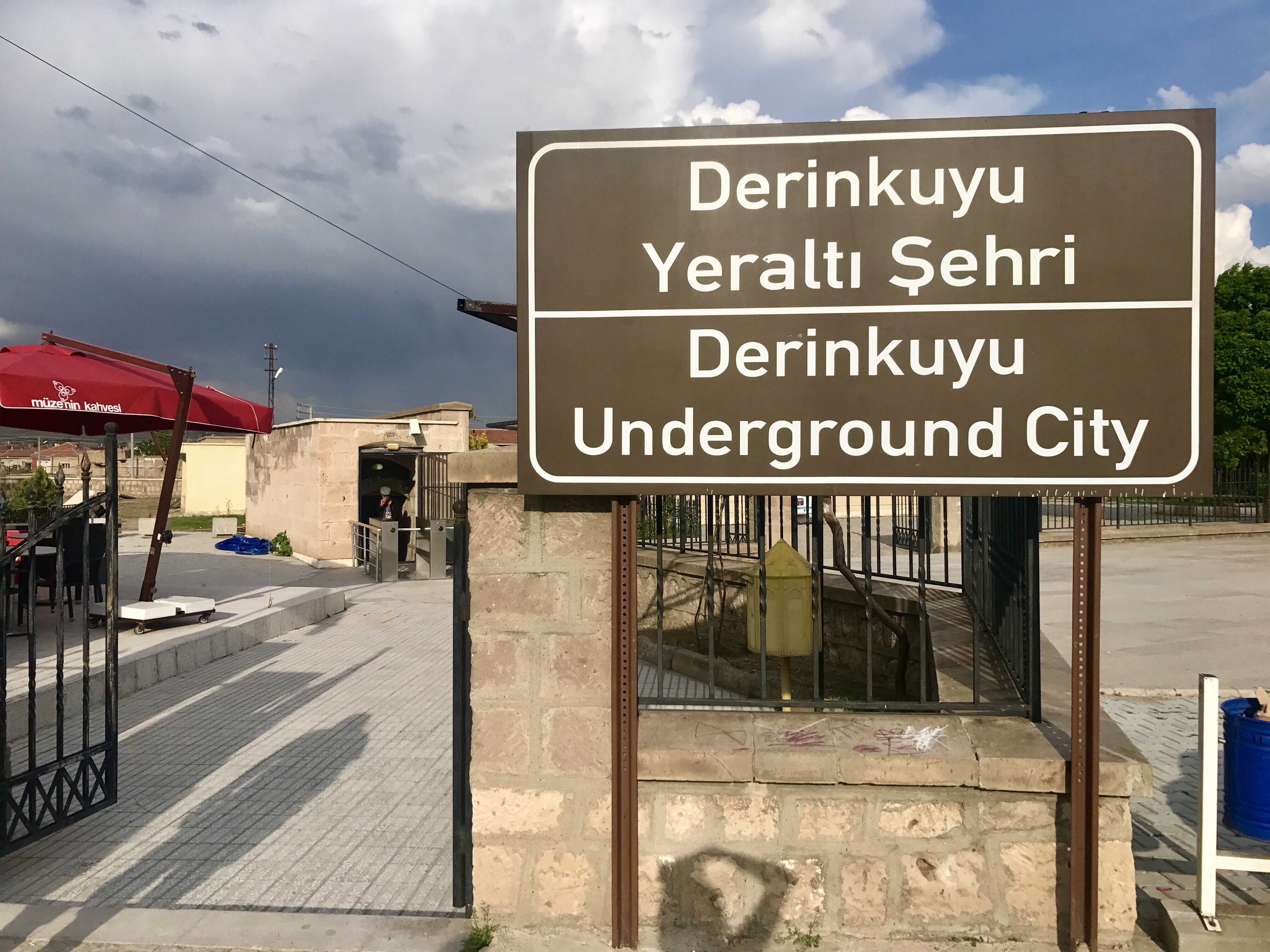 Large enough to have sheltered as many as 20,000 people together with their livestock and food stores, Derinkuyu underground city doesn’t impress only by size but also by the advanced defense system and massive network of traps used to fight against the invaders over the time.

How it was found

In 1963 a man knocked down a wall of his home, discovering behind it an intricate tunnel system and numerous cave-like rooms. The place was later on identified as Derinkuyu, one of the ancient underground cities of Cappadocia.

Unlike the modern constructions, Derinkuyu was built in a zis zag pattern containing 11 floors in total.

Lost in the underground

I had the opportunity to visit this masterpiece of ancient architecture as part of the Green tour in Cappadocia and I wasn’t disappointed at all. After few years of science fictions like nightmares, when half animal-half human creatures would hunt me down inside of the underground city, the time has come for me to fight against my fears.

Tight corridors, claustrophobia symptoms and a tour guide with a love for morbid pranks. I had it all…

The warning placard outside of the city’s entrance advise against anyone who might suffer of claustrophobia, heart related disease or asthma. I thought twice before continuing my visit as I was never fan of tight corridors, especially when the tour guide informed us there is no way out other than the other side of the city. Few elderly tourists gave up straight away while others more courageous decided to give it a try, even though I could notice the worried gaze and the fake smiles embedded on everyone’s face.

Only half of the city’s levels are currently opened due to safety reasons, few tourists getting lost inside of the elaborate labyrinth over the time while others lost their life due to medical conditions. If they had same tour guide as us…there is no wonder why.

Leaving the joke asside, one of the funniest person I met in Turkey, Erbil or Herbal (as we used to call him whenever we wouldn’t remember his name) made our experience lot more pleasant, making often pranks meant to scare the shit out of us. He encourage three guys to follow a tunnel which wasn’t explored before and its believed to connect Derinkuyu with another underground city and after they gave up on the trial, he “crucified” one of them in what was used in the past as self punishment method. The guy name was Christian and he had a long hair which made the entire situation even more hilarious.

Playing with the lighting system he made few asians, engaged in a “morgue” visit to run out of the 10 meters deep tunnel screaming while nobody else would dare to lead the group as he/she would have more chances to get scared by Herbal hideouts. Our guy was not only an experienced tour guide but also a real “connoisseur” of the place, running daily visits beneath the ground, for more than 700 times total so far.

The temperature inside of the city is quite low and Herbal proved to be not only a person with high sense of humor but also a gentleman who offered us his jacket for the duration of the visit. You may not found him on your underground visit so its advisable to carry your own sweater to avoid getting sick.

Now, at the end of the tour, after we were introduced to the 5 levels of the city opened to the public, the ventilation system, the cave rooms and the animals shelter we are asked a 10 lira worth question. What is the best side of this intriguing construction and the Herbal’s favorite part of the visit? The exit…is the correct answer given by one member of the group who makes Herbal lose his bet. 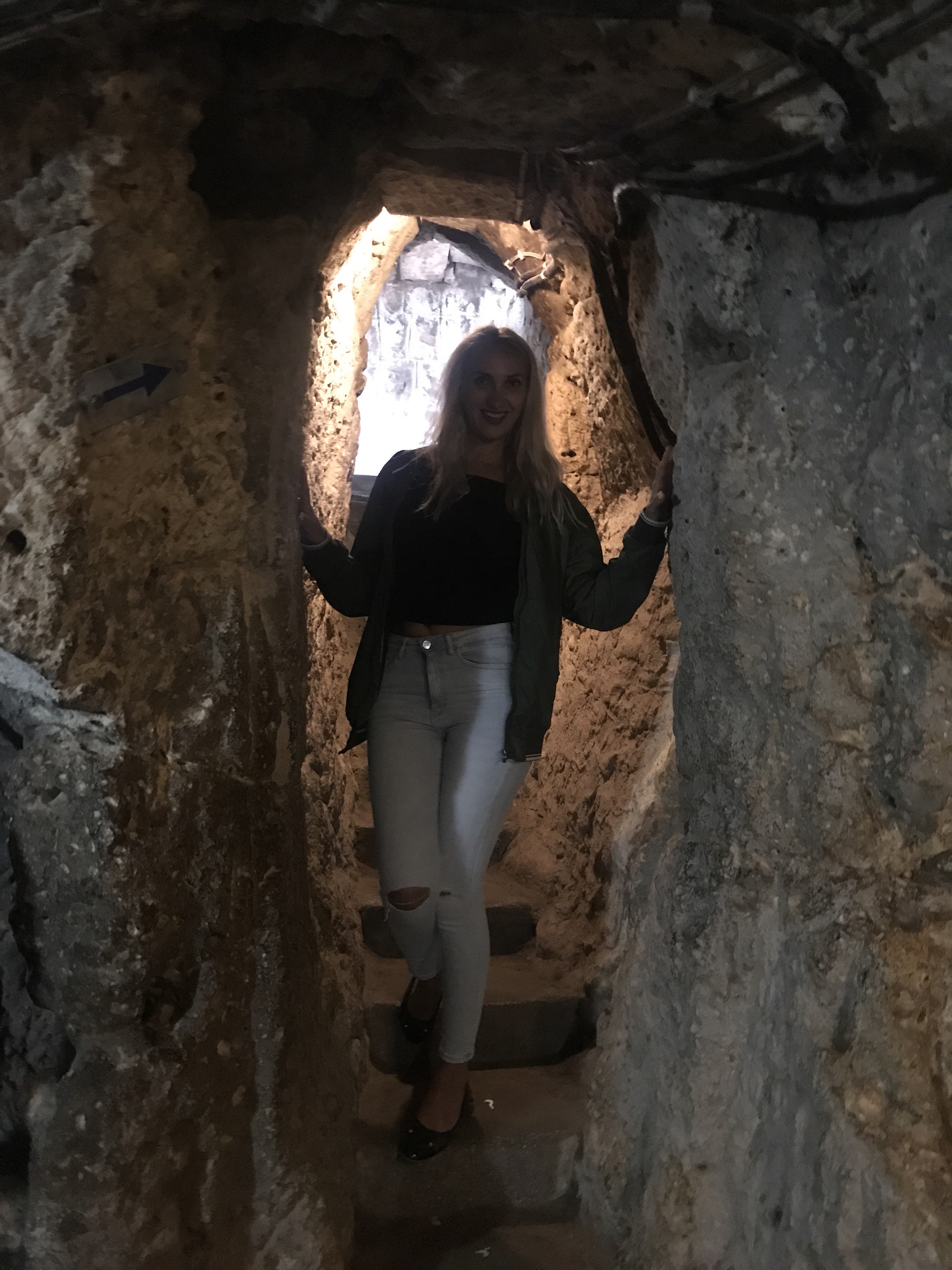 Happy to see the light which suggest the end of our visit, I am rushing towards the exit, proud to have successfully faced another fear of mine while discovering an interesting part of humanity history in the process.