Cappadocia, postcard from another planet

Cappadocia is located in the central part of Turkey in Anatolia region and lately gained lot of popularity due to the fairy chimneys and the colorful sky covered by hot air balloons during the sunrise time. An unreal place wrapped in magic veils, a trip to another world, Cappadocia can be defined like anything but not an ordinary holiday destination. 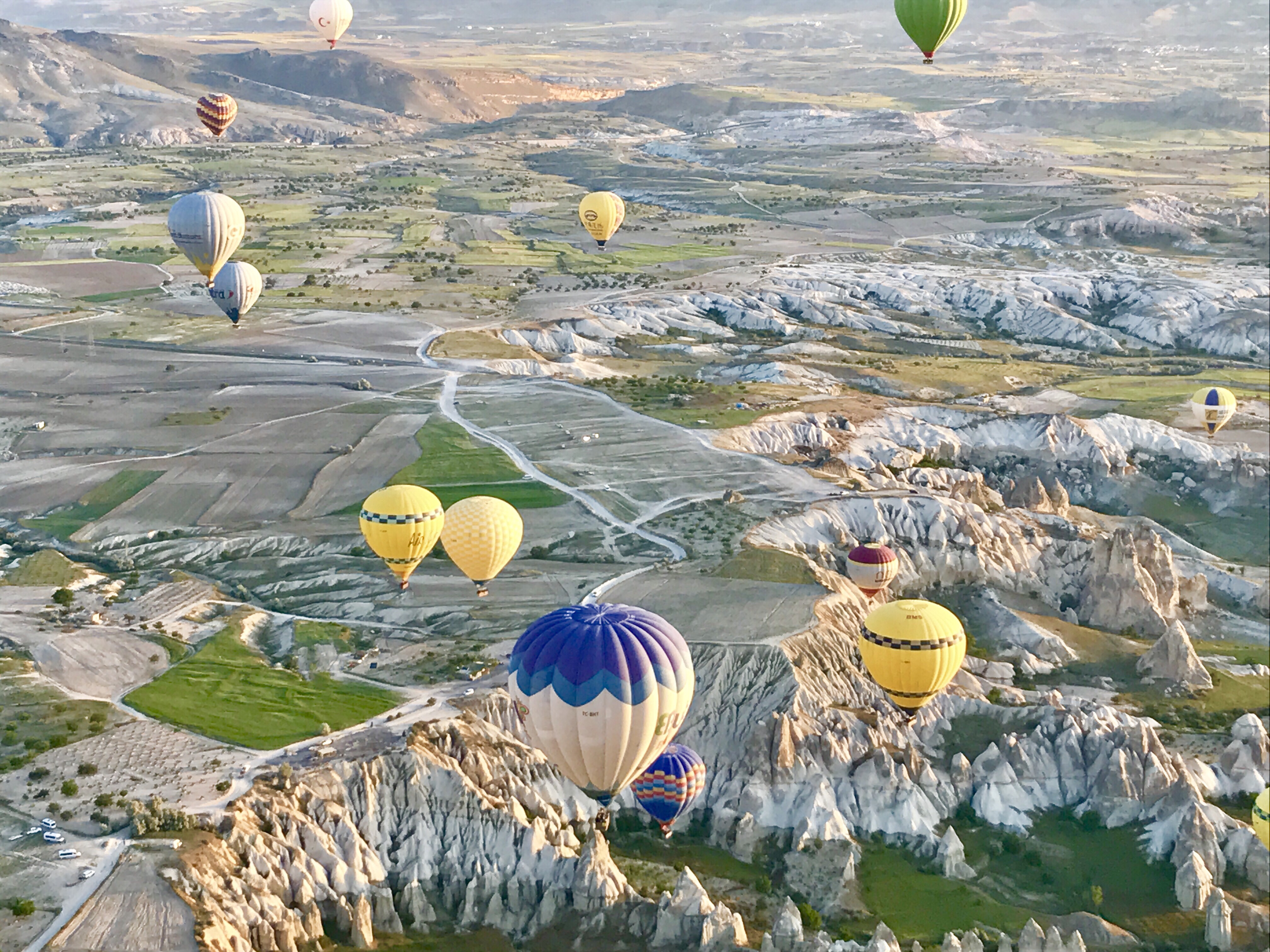 By the time the trips to the moon will be affordable and opened to the public I propose a visit to another world inside our beautiful Planet Earth.

My fascination for Cappdocia started few years back, imagining myself flying a hot air balloon wearing a white dress in the day of my wedding. The plan had shattered away but I kept my hope that one day I will visit this place with the love of my life. It took me few more years to realize that day might never come but it shouldn’t stop me from accomplishing my dream. Accompanied by my friend of a life time I decided to scratch Cappadocia from my 2018 new year resolution list, being sure that there is no better time than now.

After one hour flight from Istanbul, we landed in the tiny airport of Nevsehir, greeted by a warm day of May and an unreal landscape. A premature feeling of regret started to kick in straight away, being certain that we did an irreparable mistake by booking only 3 nights in this amazing place. A visit to another planet should definitely last longer than that.

We didn’t want to miss the unique experience of staying in a cave hotel and we were thrilled to discover that our hotel in Goreme didn’t offer just the best view in town but also had three adorable puppies that made my trip a blast (better than a wedding I guess). 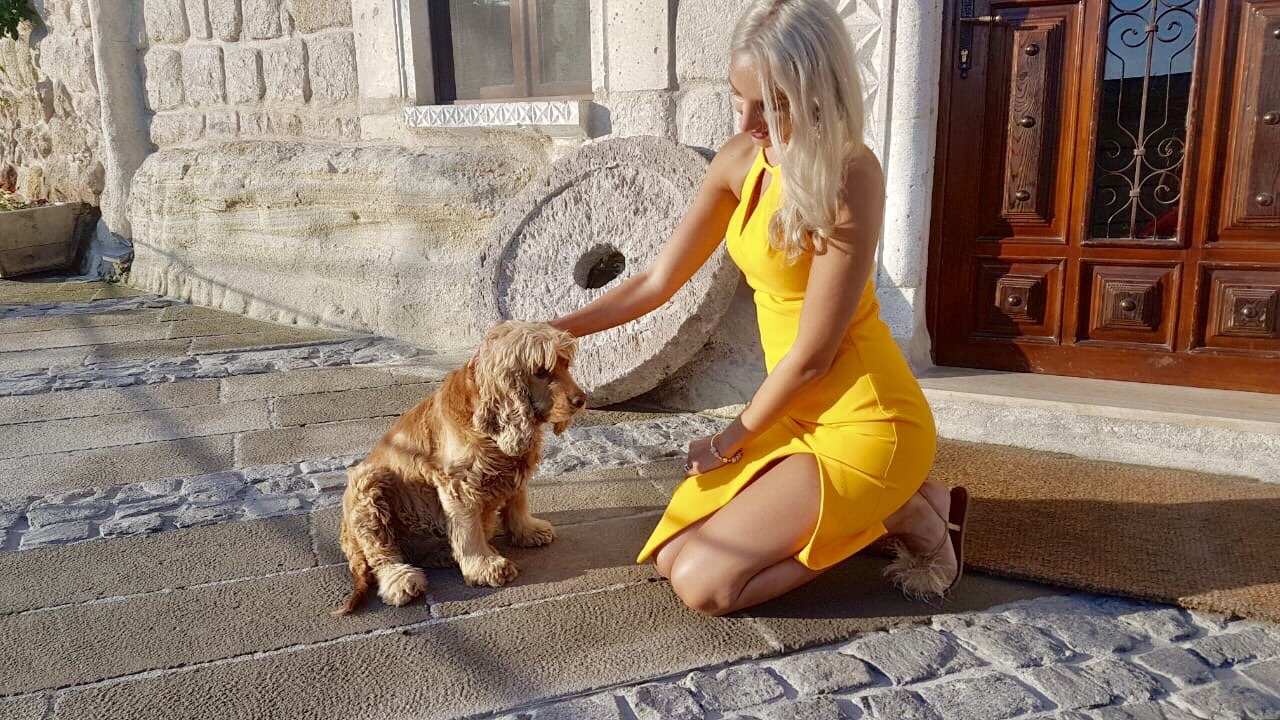 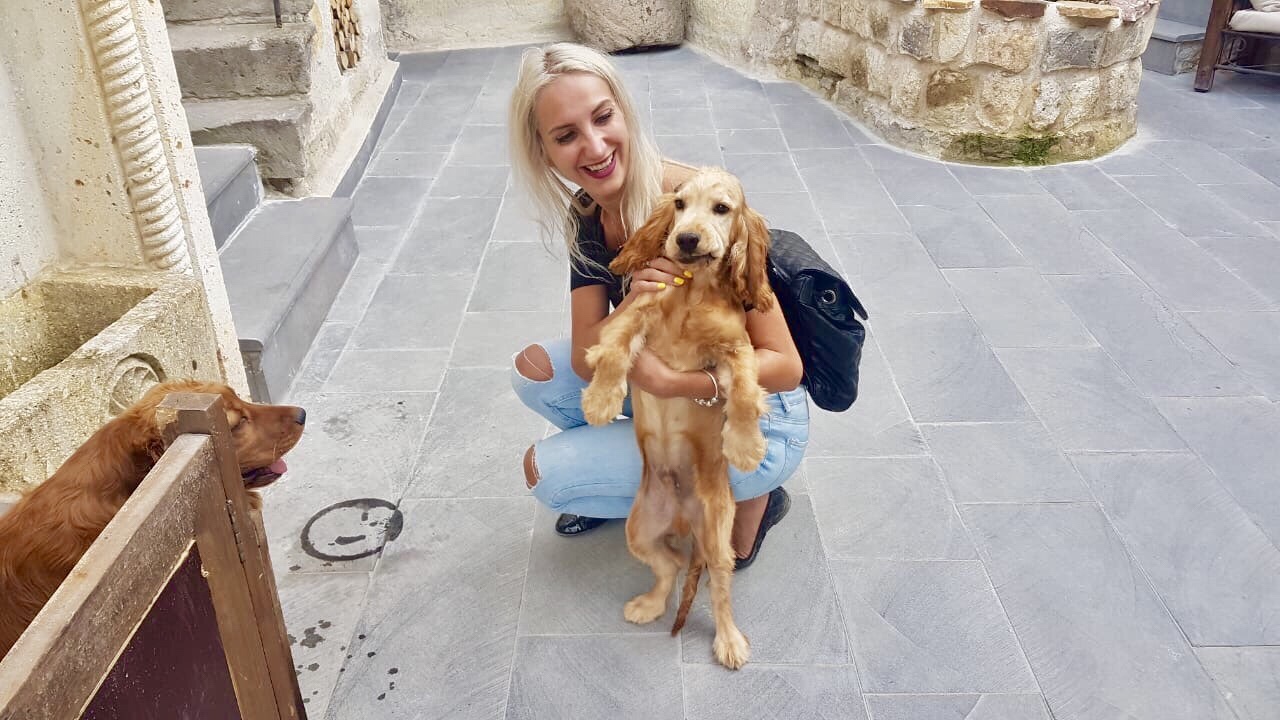 The view from the terrace was just amazing and every morning we were able to see the balloons flying up to the sky while waiting our turn to take a picture. 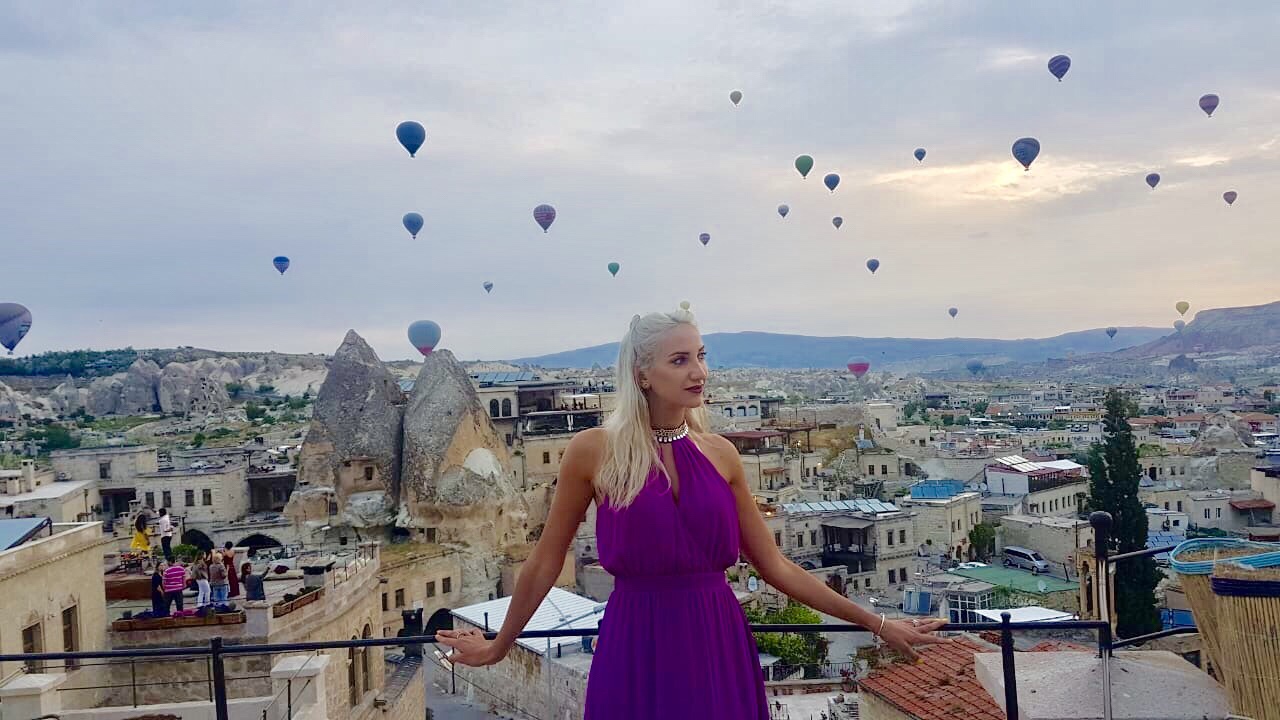 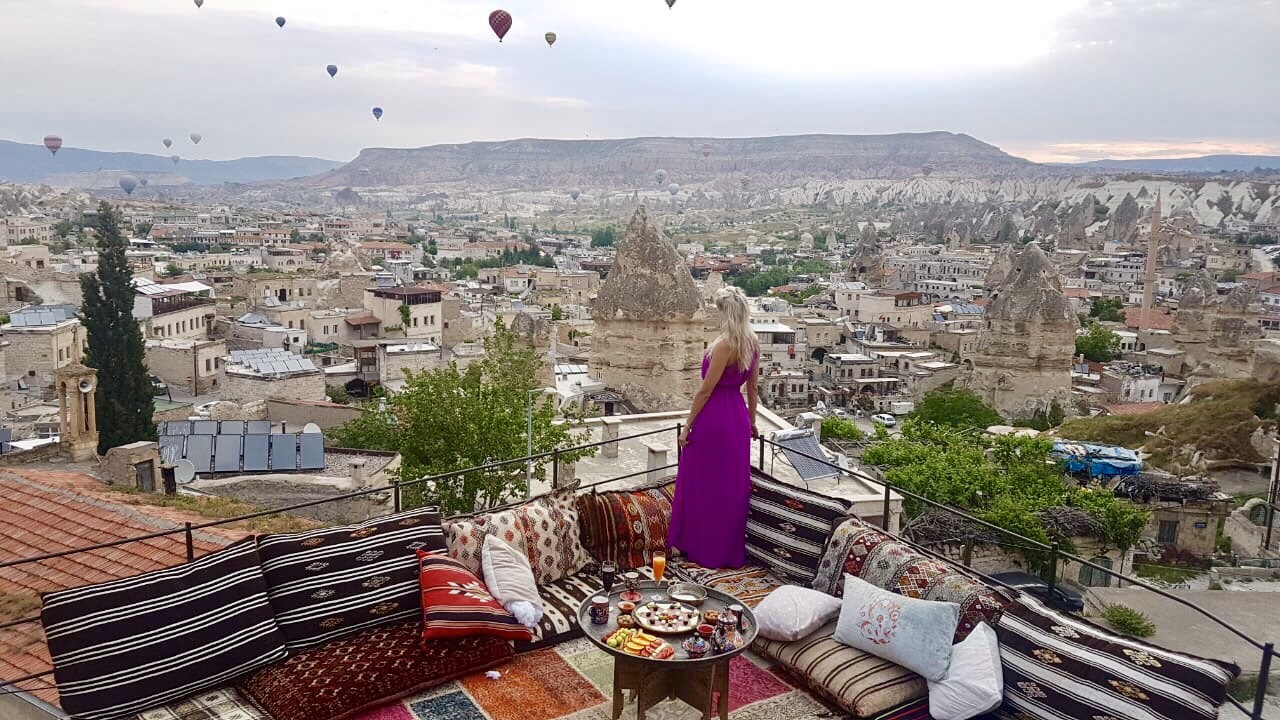 The hotel staff prepared every day a traditional tray with a beautifully arranged breakfast to enhance not our culinary experience (as it shouldn’t be ingested) but to create a dreamlike corner, a perfect postcard from another world. And as special occasions require a certain dress code, we had to change our outfit few times per day to ensure compliance with the beauty standards of the place. Being well groomed shouldn’t be a hassle unless it has to be done at 5 am, just after less than 3 hours sleep. 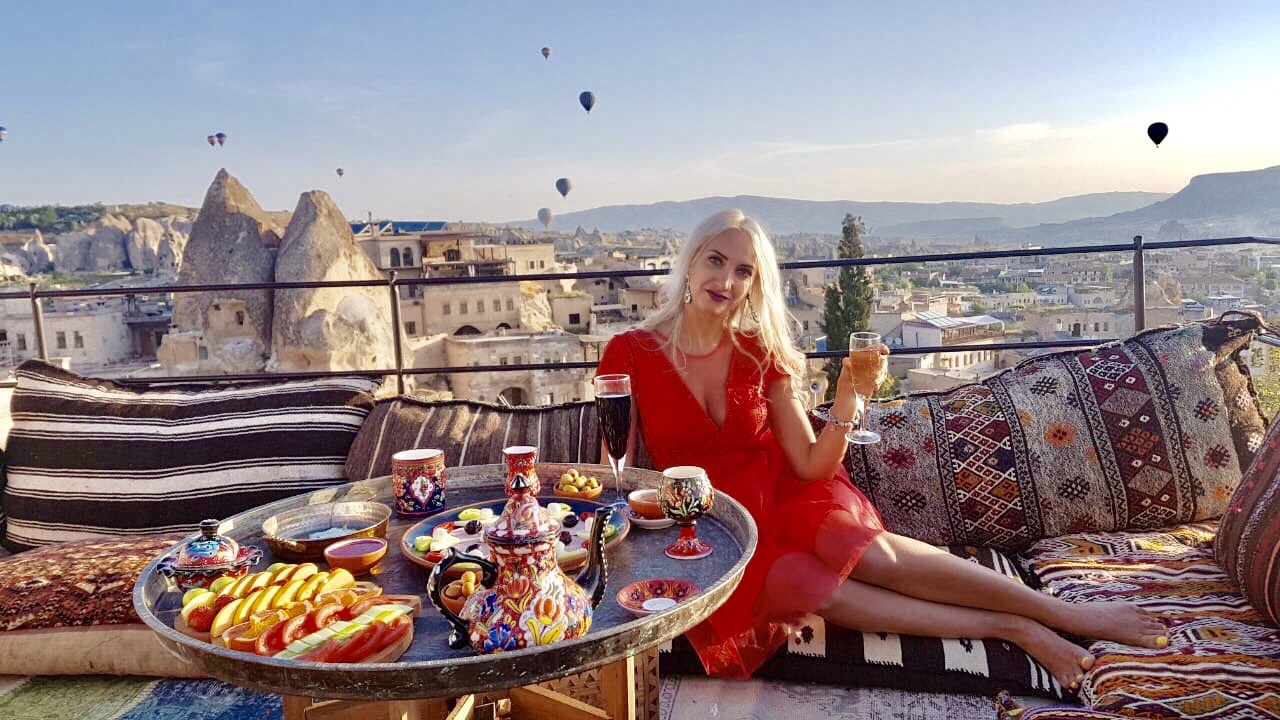 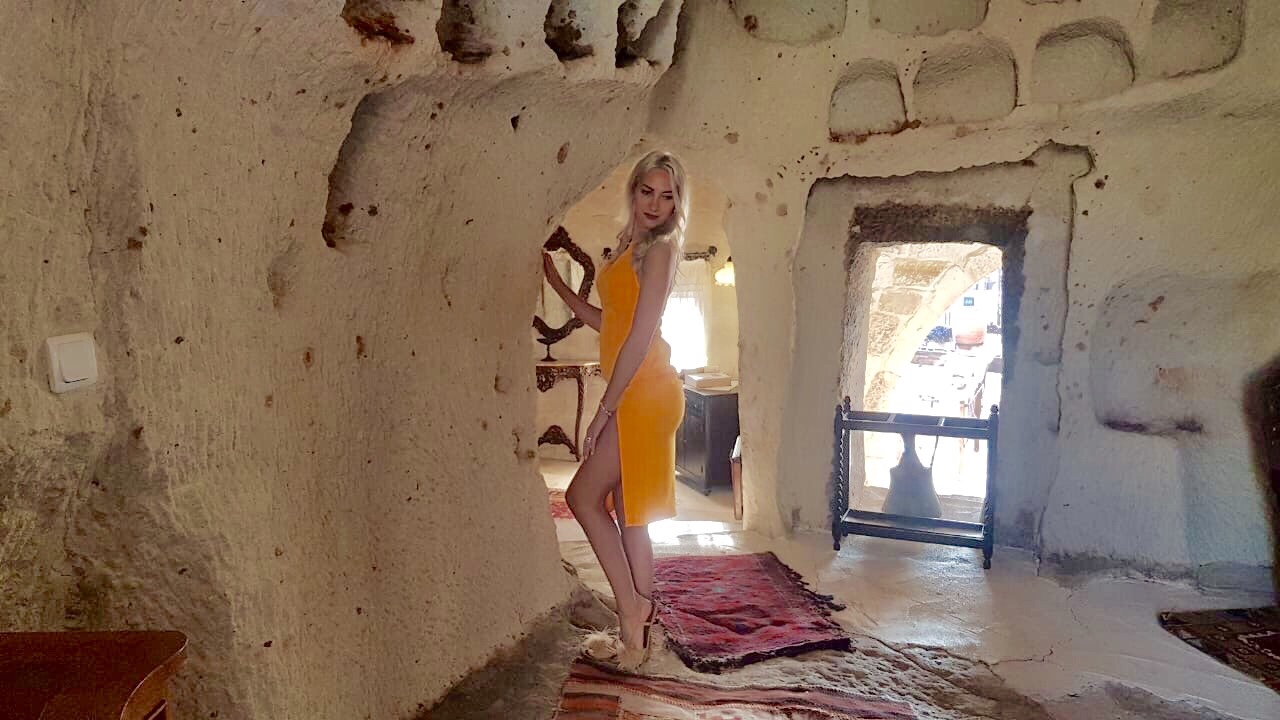 What to do in Cappadocia?

Looking for a relaxing holiday by the pool? Cappadocia its not the place. Be prepared for early wake up calls (4 am), long walks in the nature and unique activities (fly a balloon, ride a horse, visit an underground city or an old monastery). 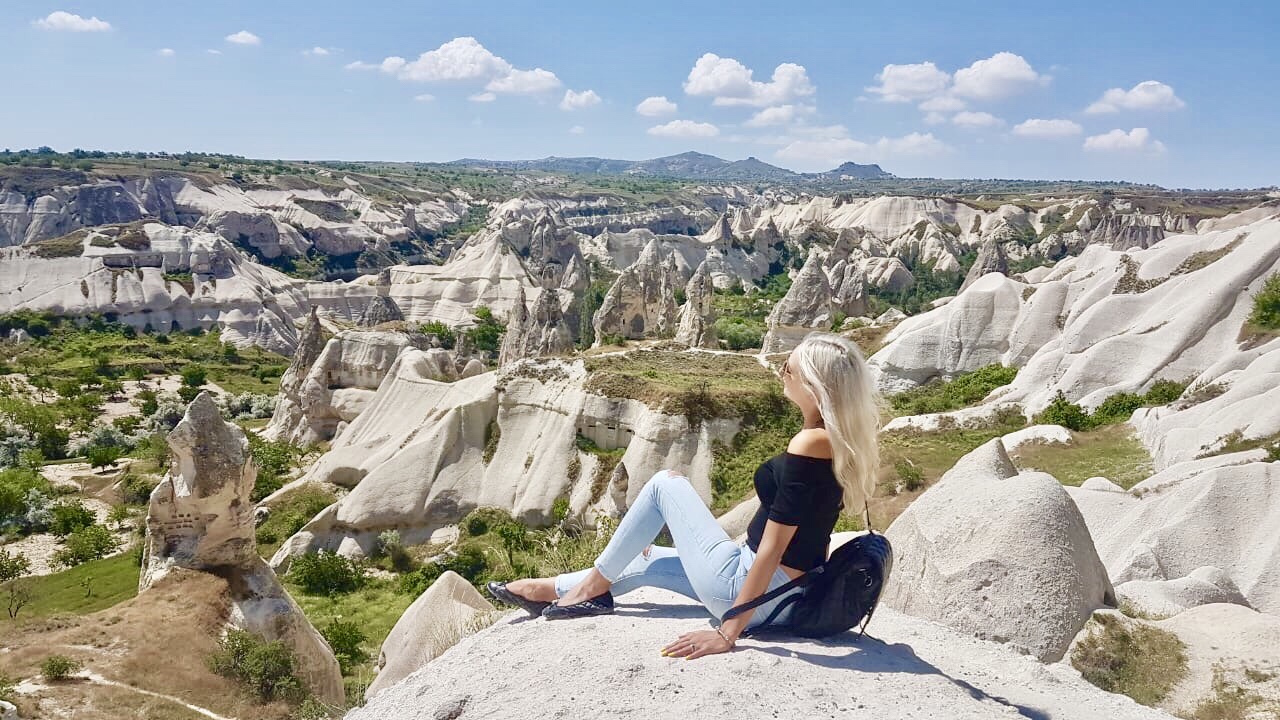 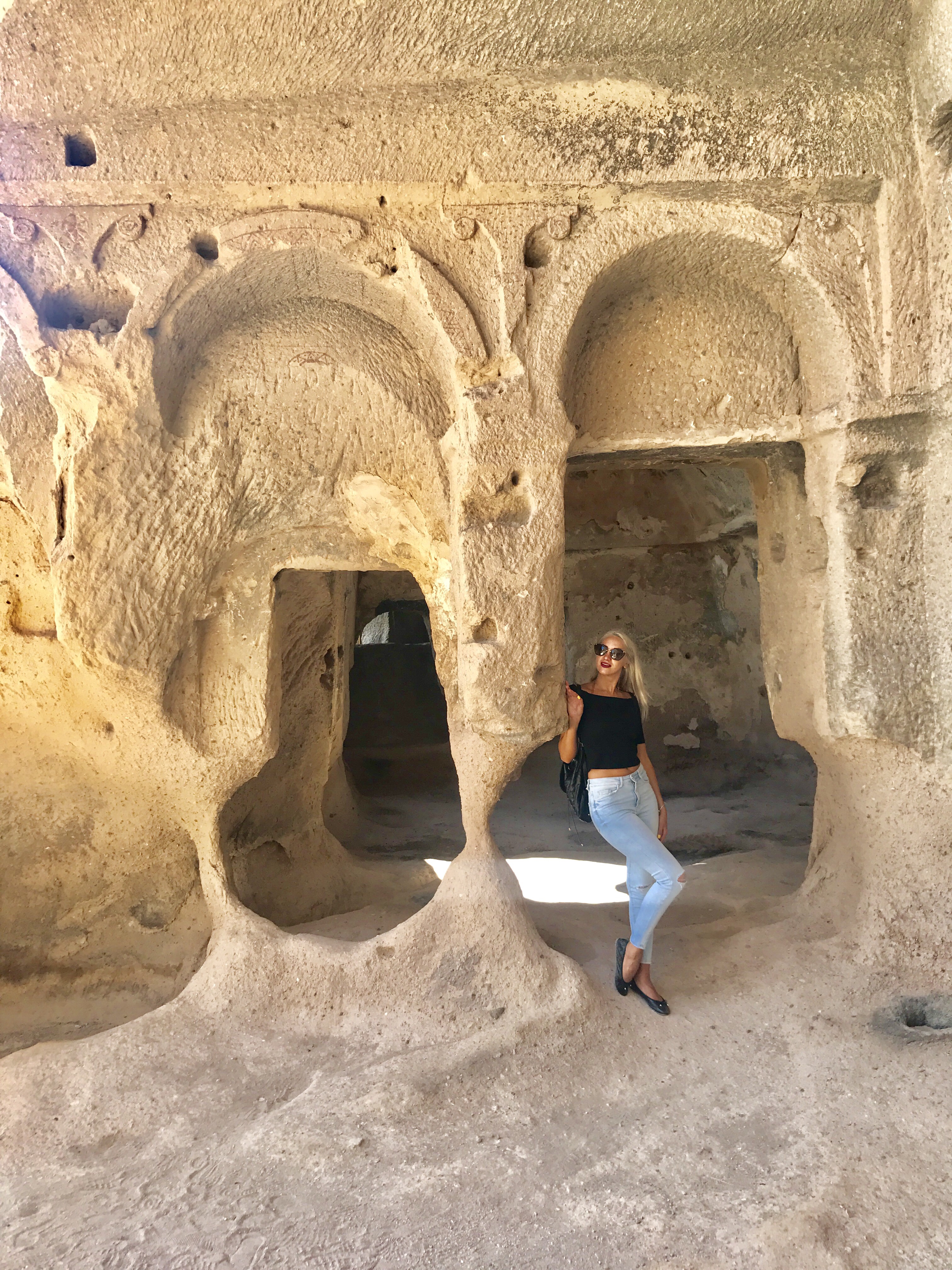 Bring comfortable shoes (advice from a person who didn’t) being hard to find a pair to buy and warm clothes for the evenings as it can get quite cold even in the summer. Ready for the adventure?

Whoever read my review about the Nazca terrifying experience would bet that I will never put my life at stake in an unstable flying device unless required by my job. So I thought!

I reached Cappadocia with no interest in flying a hot air balloon (especially after I read the safety concerns and the previous crash incidents) but less than 3 hours later I was boarding a bamboo basket in what was about to become the most primitive way of flying that I tried so far. 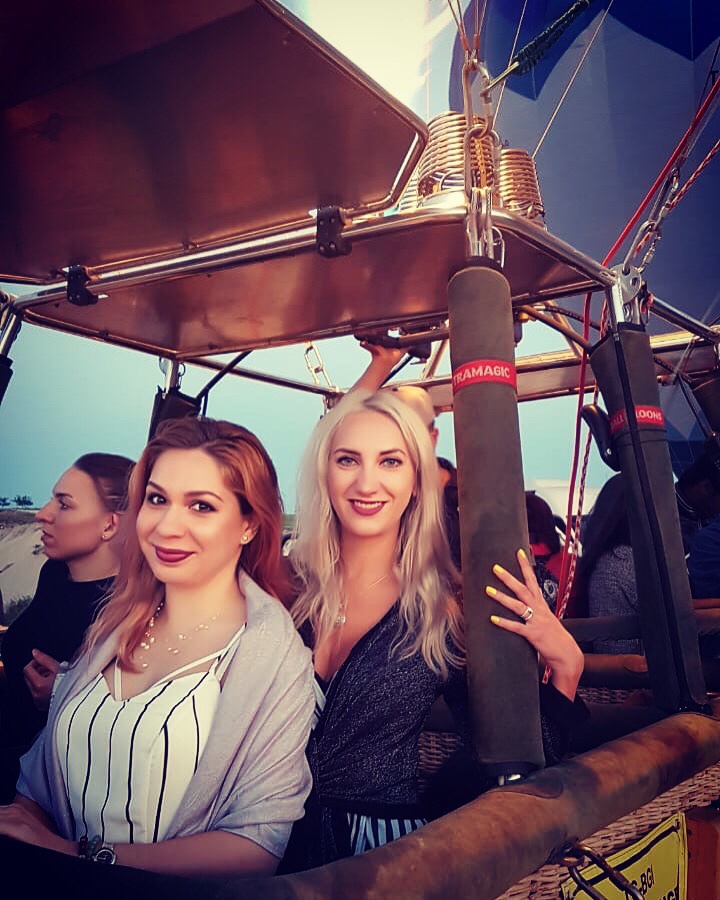 The first sunshine is touching my hair while the flames are burning higher inside of the balloon, lifting the basket slowly off the ground and I know that is too late to change my mind now. In few seconds we are floating above the clouds, mesmerized by the view. Everything is so unreal, so unexpected. 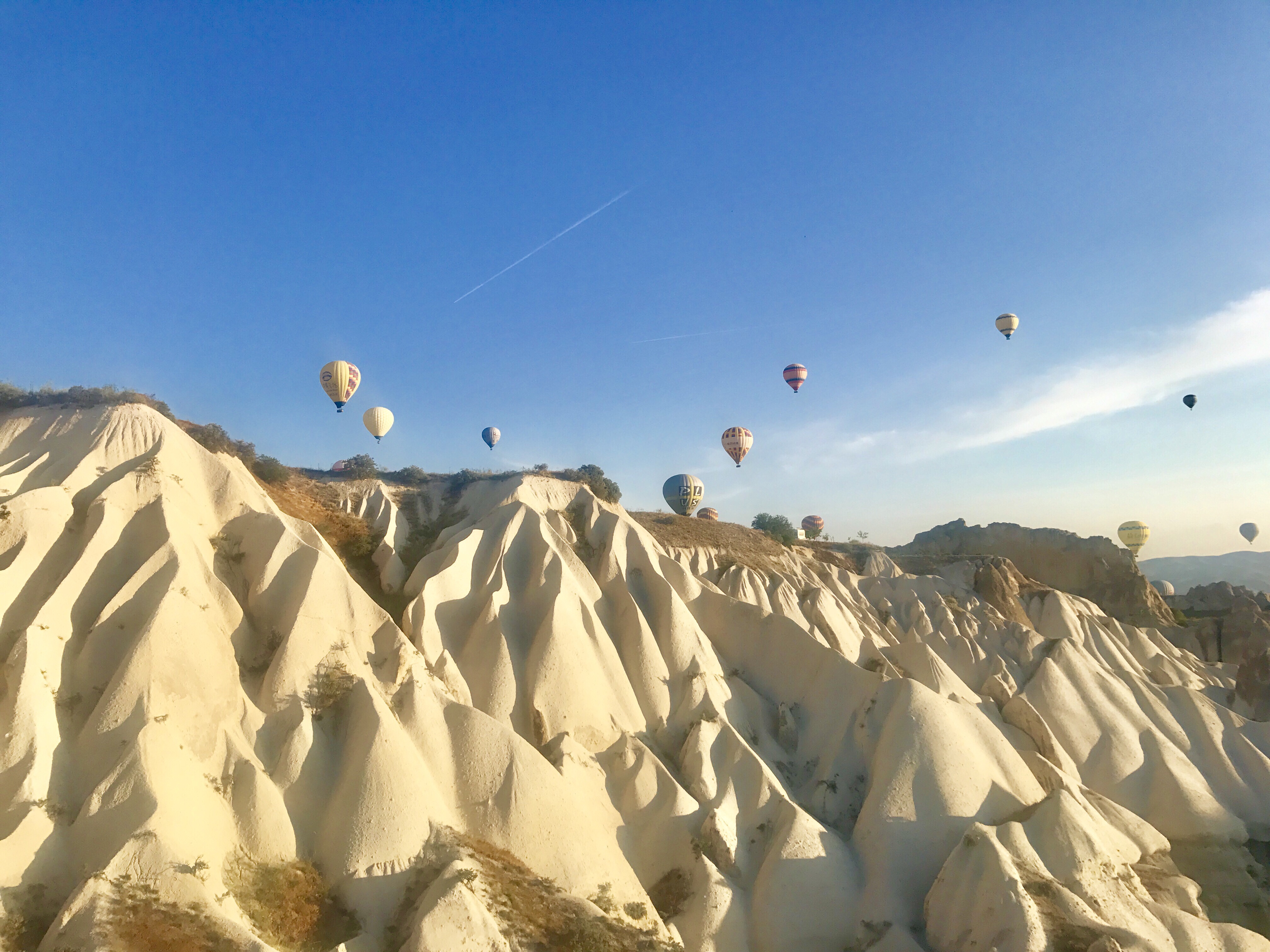 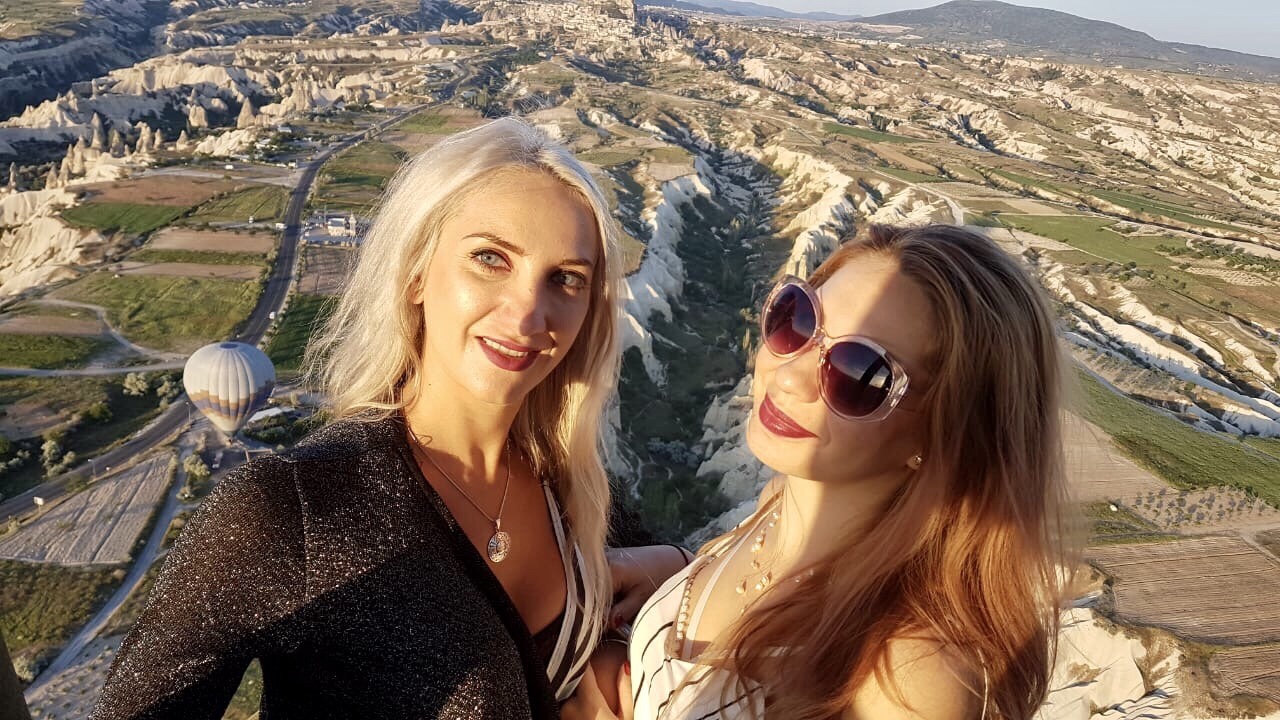 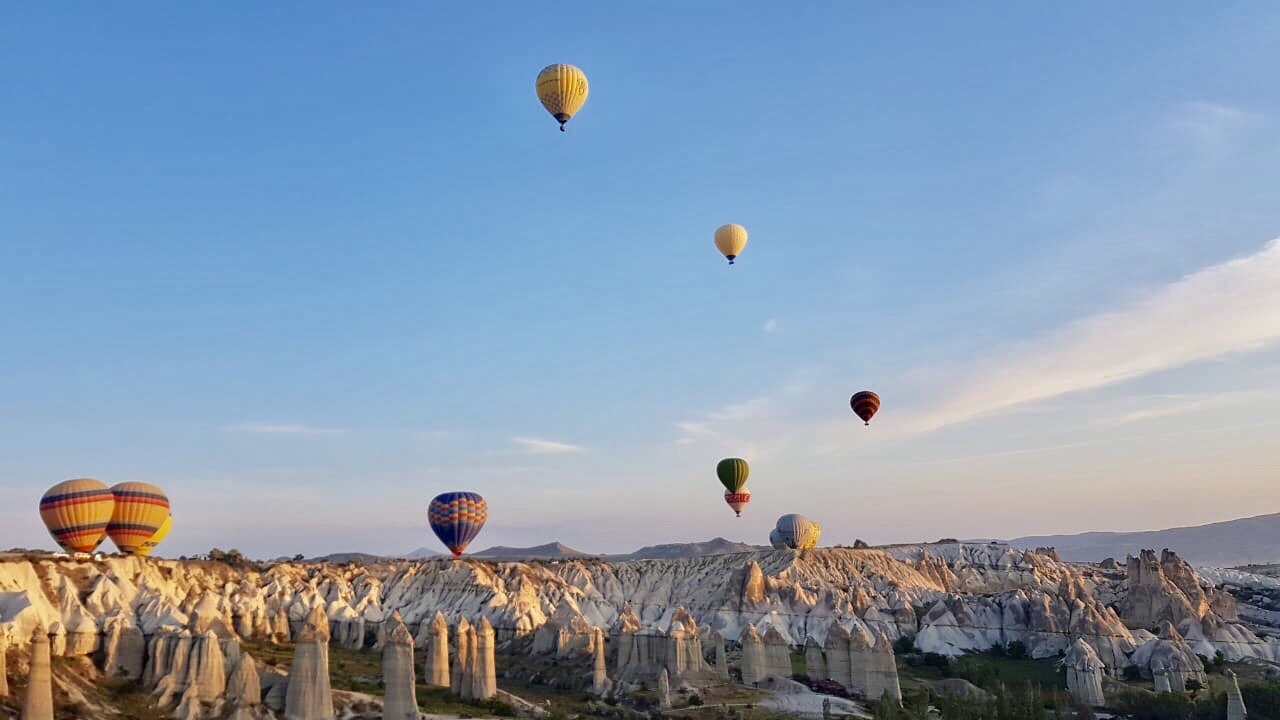 The wind is blowing gently, pushing the basket over the beautiful valleys, while our pilot Gokhan is spinning the balloon around for all the passengers to have a complete view.

The principals of flying a hot air balloon are quite simple, the heated air inside of the envelope makes the device less dense than the ambient air allowing it to float around while the pilot is responsible with the direction and the altitude. Using an walkie talkie, he comunicate with the ground staff who is waiting for the balloon with a special car used for landing. 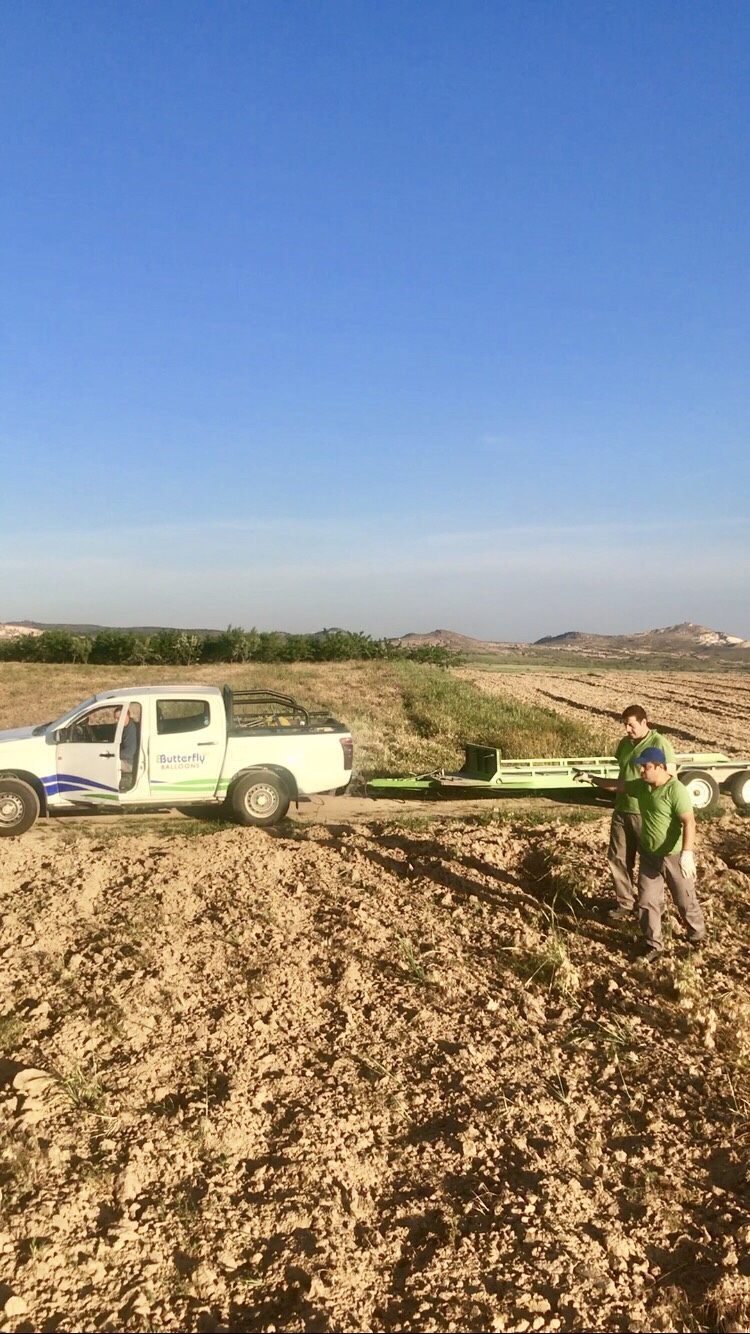 Before departure we were instructed to adopt a semi brace position 1 minute before landing, a legal requirement used to protect the passengers for injuries but luckily the Captain anticipated a perfectly smooth landing and the precautionary measure was no longer needed.

After one hour flight we became real experts regarding the balloons and for that all the passengers received an well deserved diploma and few glasses of champagne. A good reason to celebrate! 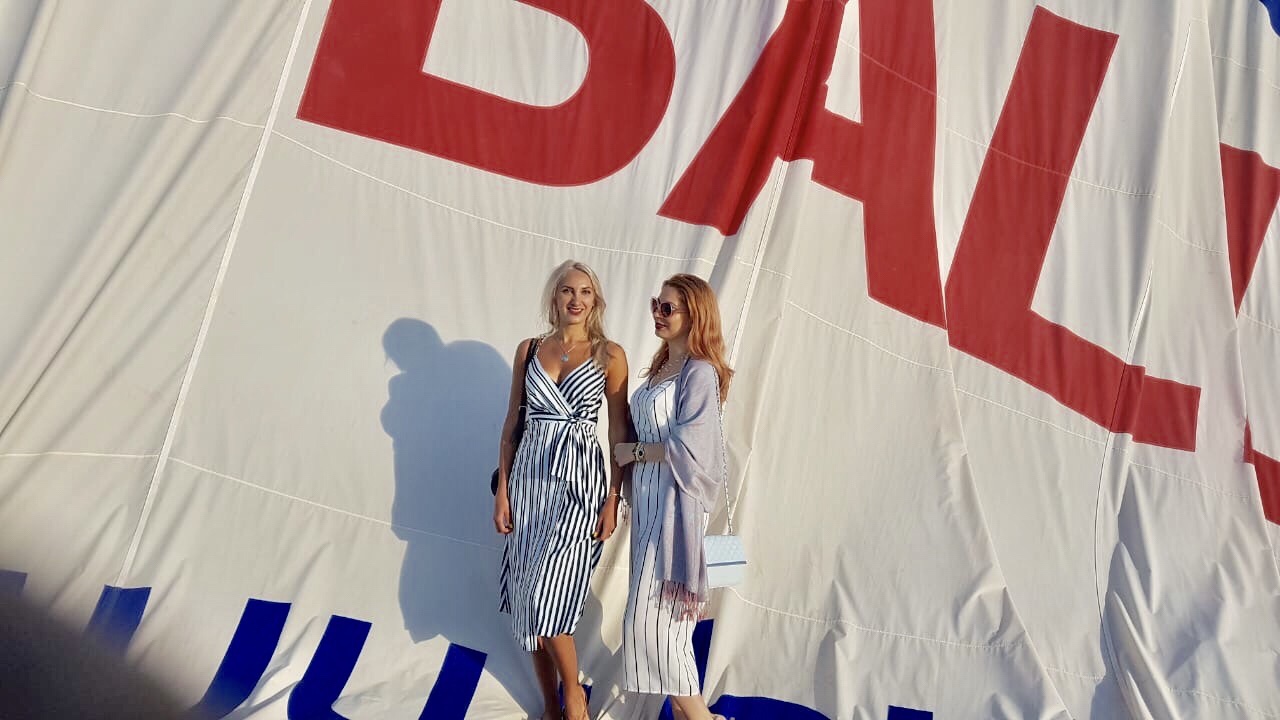 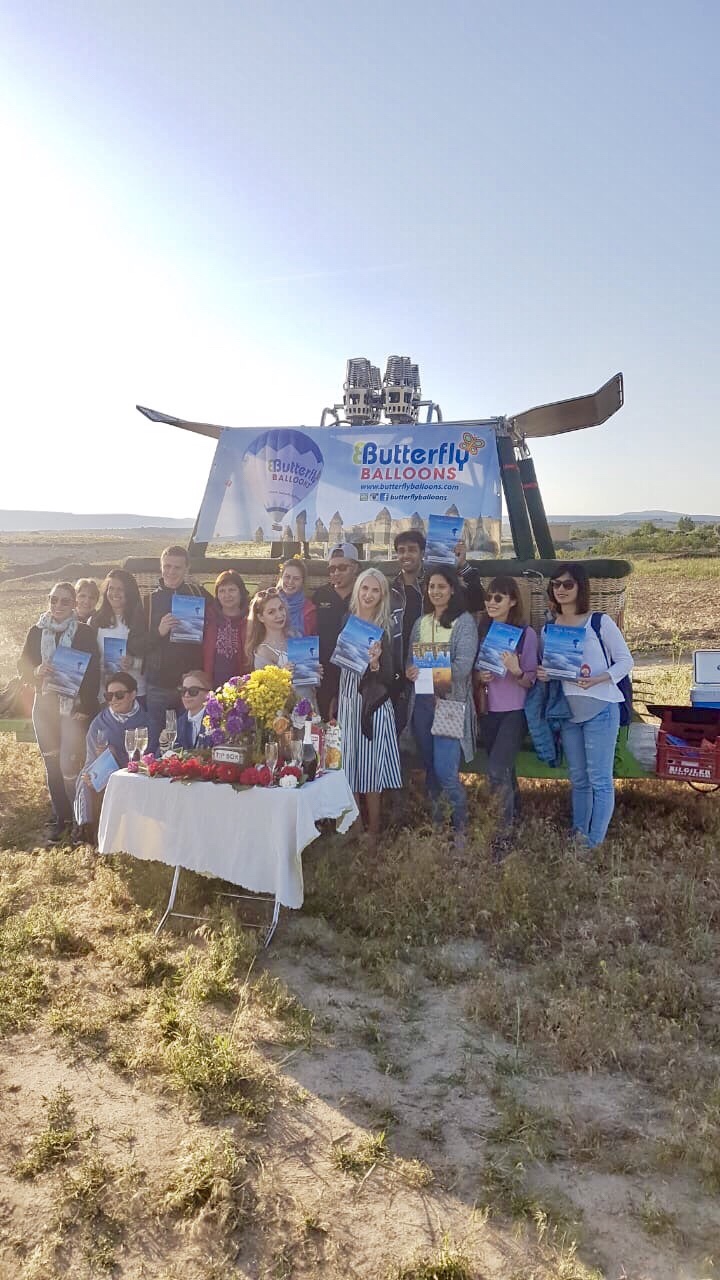 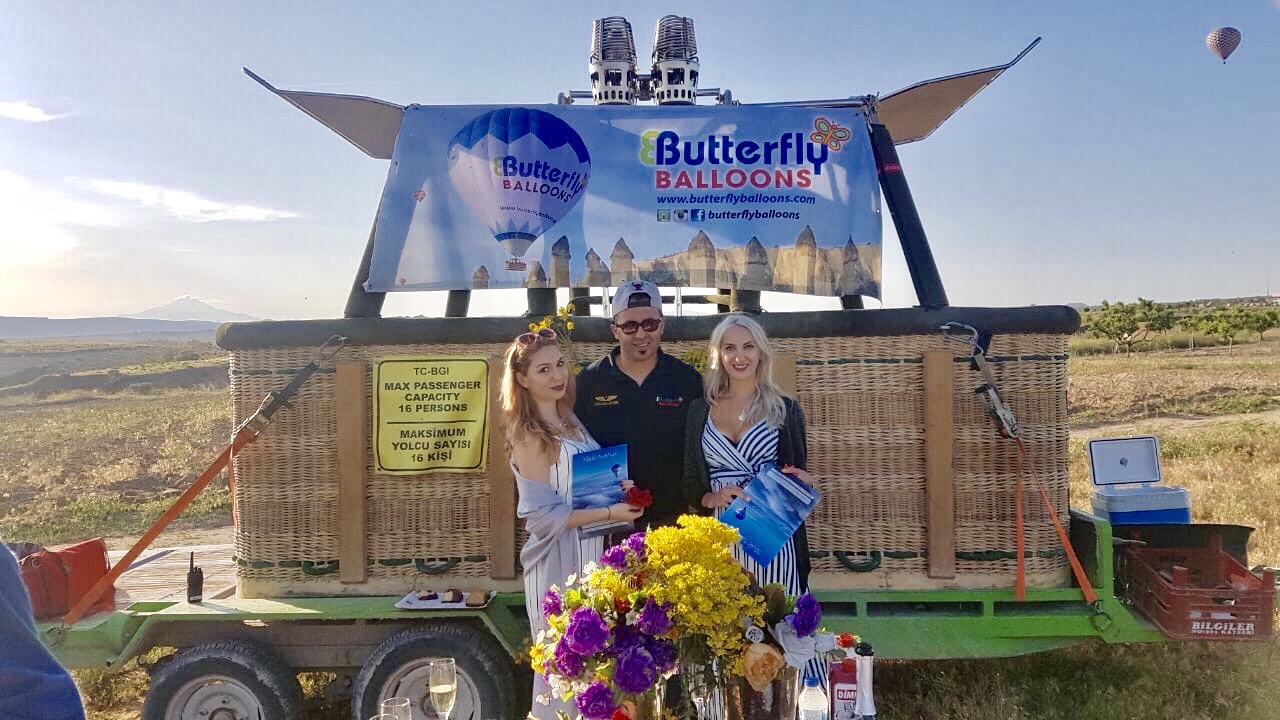 Flying a balloon its considered relatively safe but like any other activities it has its risk. Some incidents happened over the years, leaving passengers injured or even dead. While most of it are produced by unstable weather conditions (heavy wind, reason why the balloons are flying only in the early mornings after approval from the aviation authority), other were caused by the tourists negligence. A Chinese lady died when during landing the balloon was hit by a strong gust of wind and she was taking selfies instead of adopting the brace position as instructed by the Captain. She felt out of the basket, being hit by the craft. The other passengers were also injured, being hospitalized for broken bones but no other fatalities were registered.

Another famous incident involved a couple fighting with the pilot who decided to land the balloon 10 minutes ahead of the schedule due to bad weather. The pilot lost his concentration and hit the power lines, resulting in one casualty.

I would suggest to do your own research before the flight and choose a trustable company even though the price might be a little bit higher. Being dead, the money doesn’t help much, isn’t it?

It wasn’t such a pleasant experience for a person who is afraid of those animals, plus the fact that Anatolian horses are quite bigger than others and the carer didn’t speak a bit of English. I decided to walk next by my white horse and stop time to time for a picture. I bet the horse didn’t like me either. 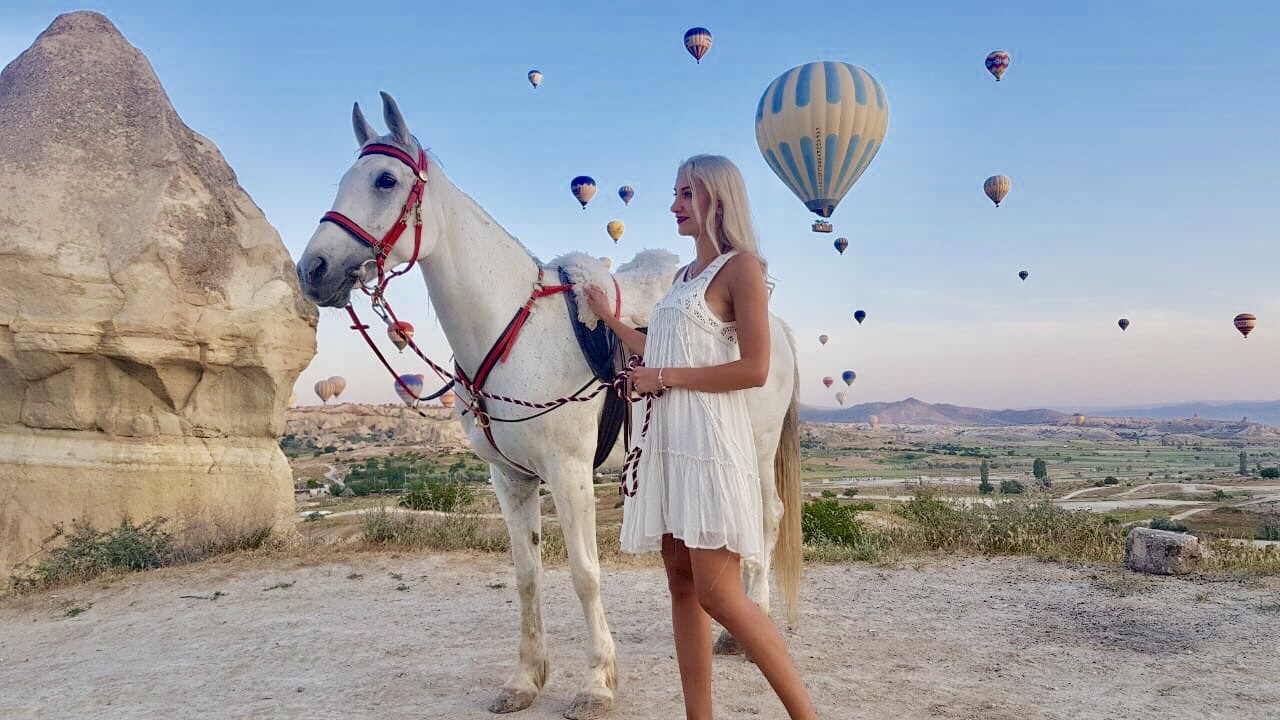 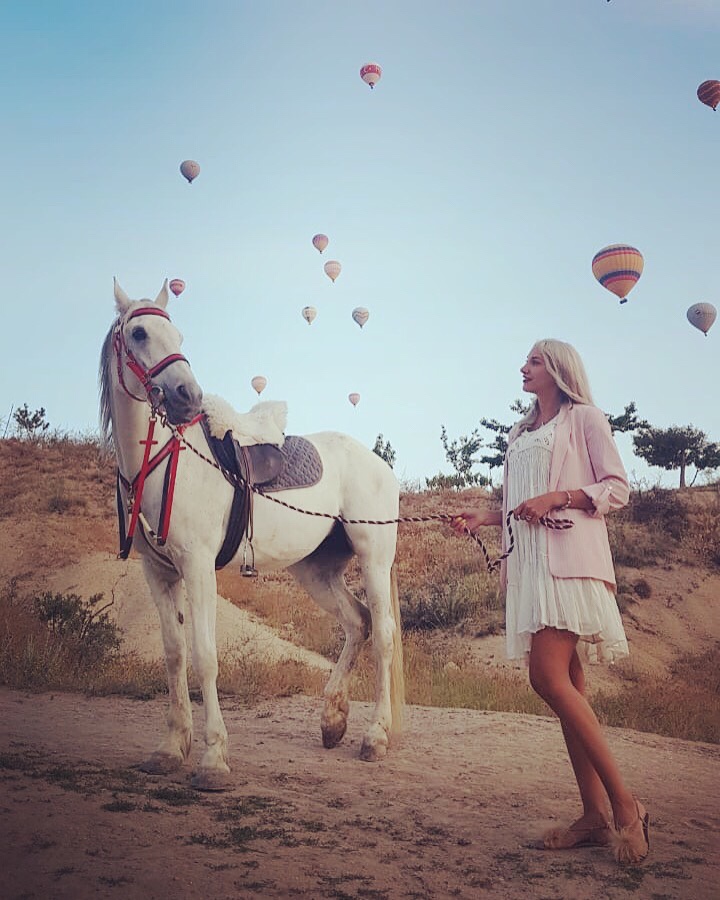 In Cappadocia it’s raining with colors and for somebody who hates black this is the definition of heaven. Every morning, 5:30 the sky is covered by small drops of paint, more than 150 balloons flying at one time. 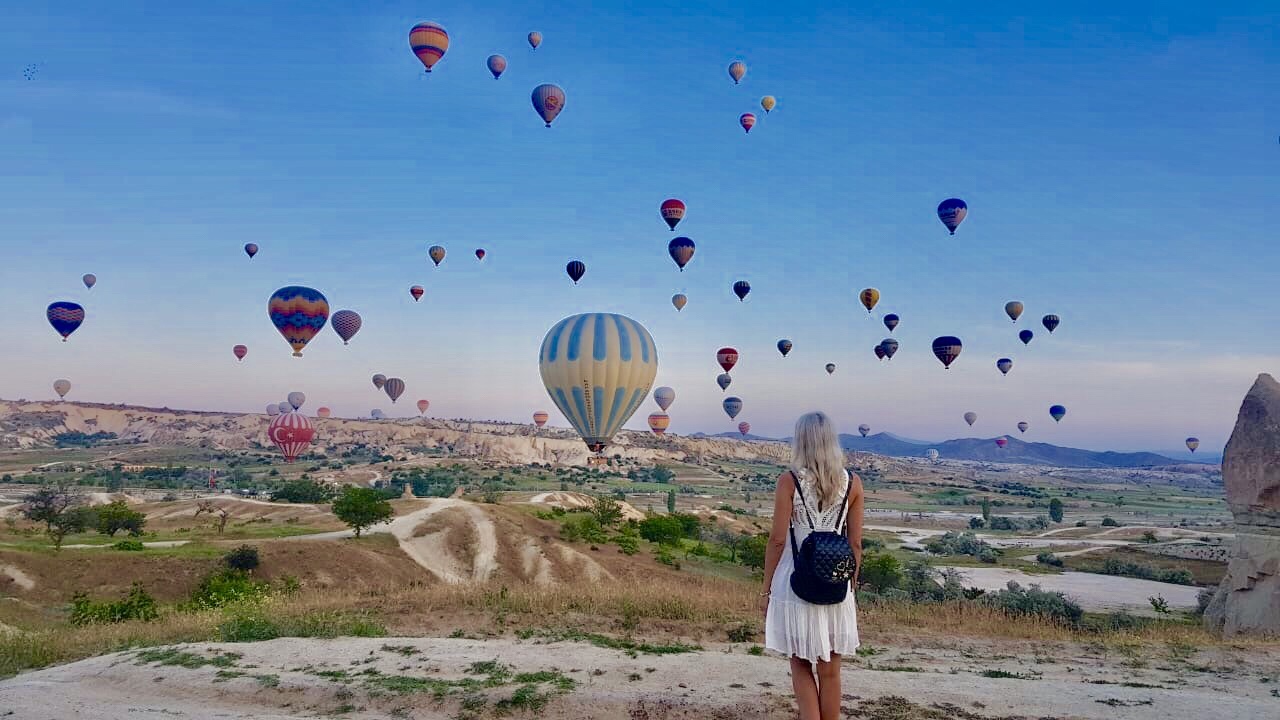 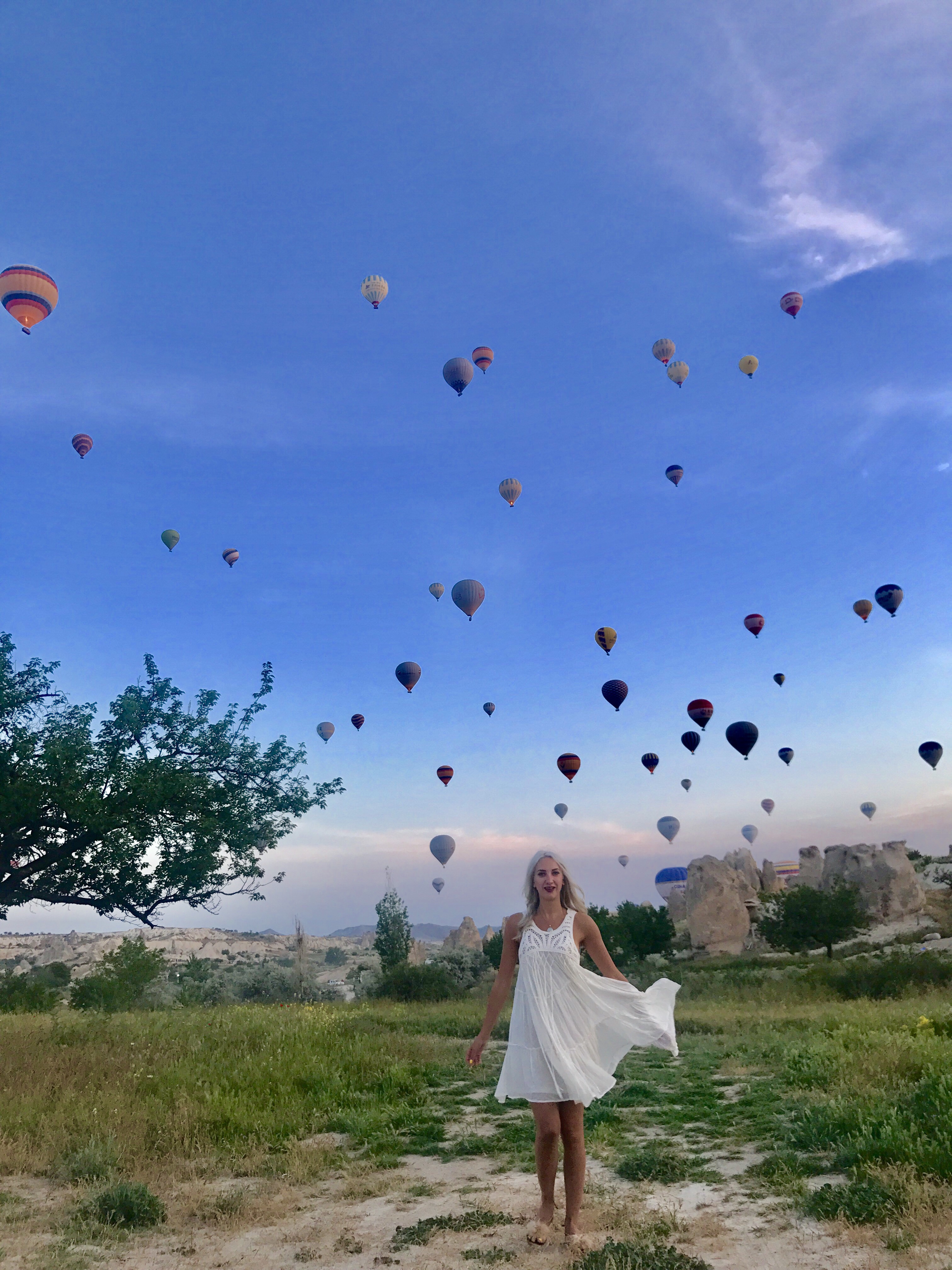 Cappadocia didn’t disappoint, being in the end more than I expected. Lot of activities can be done with or without your other half. And waking up so early in the morning doesn’t leave to much room for the romanticism anyway.